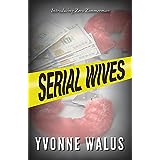 I have not read this book
Genre
Crime Fiction

Why would a rich girl become a prostitute?
Three years ago Joy refused to sleep with an ex boyfriend. When he committed suicide, her guilt was enormous. To punish herself she opted to serve as a prostitute for three years.

How far would you go to protect your child?
Cora loves her convict husband despite - or because of - his bad boy ways. But now that he's back in her life, she has their daughter to consider. Is a faulty father better than no father at all?

A serial killer…
A serial killer who murders women and displays their bodies dressed in a white sheet with a fencing mask covering the face. Who will be next?

The crayon moved down the page. Red, livid, ready. Spread on the table, splayed like a sacrifice, was the Classifieds section of the New Zealand Herald. He could’ve found the information faster online, but the risk of leaving an electronic trail made him turn to the old fashioned, the tactile, the untraceable.

The scent of fake wax from the crayon mingled with the fresh ink of the newspaper. He paged to the adverts in the Adult Entertainment column.

He raised his eyebrows, continued his search. Suddenly, the red crayon halted.

Unconventional. Not into rules. Yes, this one had potential. The crayon swooped, trailed a jagged red oval around the ad.

“Honey? Are you coming to bed?”

The voice wafted down the stairwell. He closed the newspaper, careful to line up its edges and smooth out its spine.

He read the advert again. His blood raced. The addiction simmered inside him. Excited. Expectant.