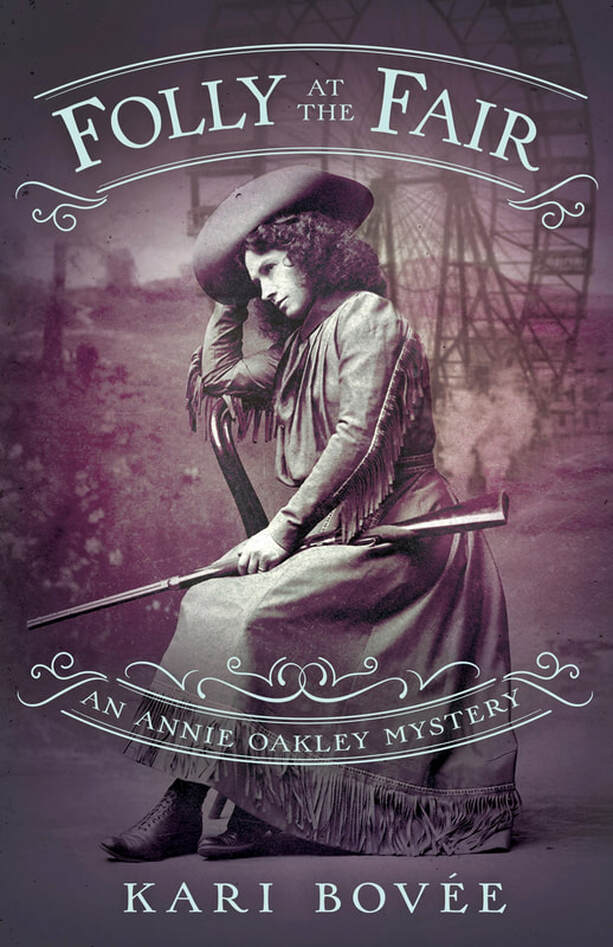 My daddy taught me how to shoot a shotgun when I was about six years old. Gosh, I could barely hold the thing up I was so tiny. I never was much of a girly girl. I always wanted to be outdoors. So, daddy indulged me and often took me out with him to shoot squirrels and rabbits and birds. After he died when I was about eight years old, my shooting became a necessity to help my mother put food on the table.

It isn’t one of my fondest memories. My mother sent my older sister and I to the Darke County Infirmary so we could learn how to cook and sew and keep house. The idea was to farm us out to other families to work to help bring home money. I, of course, didn’t particularly enjoy the domestic pursuits, but I did what I could to help Mother.

Yes, to a family of wolves. Not really, mind you, but that is what it felt like it. I’d rather not talk about it. It was a painful period in my life. Kari Bovée wrote a novella about the experience titled Shoot like a Girl. I’ll let you get the details from that.

Frank traveled around doing shooting exhibitions and sponsoring shooting contests. When folks around North Star heard he was coming to Greenville to sponsor and partake in a contest, they encouraged me to enter. I had garnered quite a reputation in the area as a crack shot, and sold much of the game I shot to the local mercantile. But, when I heard the purse was $200, a veritable fortune to me, I had to enter for the chance to win. My family was in dire straits and we were at risk of losing the farm. That money would really help, so I entered. Frank and I went head to head for about twenty rounds. Finally, I missed and he won. He says I let him win, and maybe I did, but…

5)      What’s it like working it the Wild West Show? I hear you can outshoot any of the men, Bill Cody included. Do they resent that?

You might think so, but they all have shown me nothing but respect, and I truly appreciate it. The Colonel—that’s what we call Mr. Cody, pays all of us a fair wage, men and women, white people, foreigners and Indians equally, which is rather unusual in this day and age. No, the only time I’ve been shown any kind of resentment is from other women in the show, namely Lillian Smith and Twila Midnight. It saddens me that we women can be more support for one another, but I guess they have their reasons for resenting me.
6)      I heard you performed for Queen Victoria, Prince Albert, and his wife Princess Alexandra. What was that like?

It was an amazing experience. The Princess even invited Frank, my sister Hulda and I to stay at Buckingham Palace for a while. I’d never seen such splendor! And, the Queen’s stables were most impressive. They even allowed Buck to stay in the stables while we were there. However, after a few days of life at the palace, I was ready to get back to the camp at the Earl’s court. I feel so much more comfortable sleeping in the tent I share with Frank. All of that pomp and circumstance was a little too much for me!

7)      Speaking of Buck, tell us about your relationship with him.

Oh! Buck is the one true constant in my life. I love my husband more than life itself, but Buck is like a part of my soul. We were bonded early on. I first encountered him when I lived with the wolves. For a time, he truly was my only friend, and in turn, I saved him from . . . well, let’s just say I saved his life. We have been true to one another ever since. There is something so special about the unconditional love we receive from animals, isn’t there?

About the book
She never misses a target. But unless she can solve this murder, she’ll become one… Chicago World’s Fair, 1893. “Little Sure Shot” Annie Oakley is exhausted from her work with Buffalo Bill’s Wild West Show. But when a fellow performer scuffles with a man who threatens her harm, she has to keep her eyes peeled. And when the heckler is found dead under the Ferris Wheel, Annie won’t rest until she proves her defender is innocent. Before she can rustle up any clues, an old friend asks Annie to protect her young daughter. And as more bodies turn up around the grounds, she’s going to need all her sharpshooting skills just to stay alive. Can Annie live up to her reputation and put a bullseye on the killer? Folly at the Fair is the third book in the Annie Oakley Mystery historical fiction series. If you like strong heroines, Wild West adventures, and suspenseful twists and turns, then you’ll love Kari Bovee’s fast-paced whodunit.