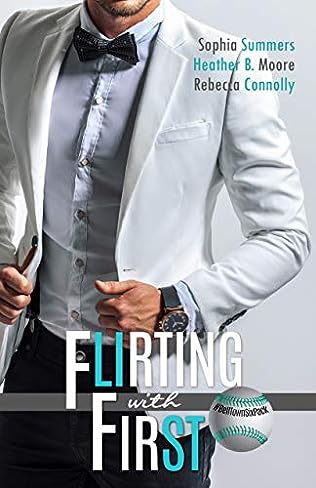 About the book
Trista's movie star status keeps her from the one guy she's ever really wanted - professional baseball player, Ryker Stone.Ryker Stone, one of the famed Belltown Six Pack loves what no one else notices in Trista McKinney. But when co-star and heart throb, Trevor Dayton, starts a social media campaign, competing for her attention, and Ryker's baseball schedule and pressures amp up, Ryker lays it all on the line to win her over forever.Trista McKinney doesn't need winning. She's been Ryker's from the very beginning, but her movie's production schedule and her dreams of one day winning an Oscar make it almost impossible for things to progress between the two.With feelings high, both of their careers in the balance, can Trista and Ryker find a path to professional success without losing what they've found in each other? Welcome to Belltown! Six baseball players meet in the college town of Belltown, Massachusetts, becoming best friends, their lives intertwining as they each get called up to the Major Leagues.Follow Sawyer, Cole, Axel, David, Ryker, and Levi in these six swoony sports romances.

And I thought
The cover 'got me'. I could not wait to see what was in those pages.
The pages seemed to just run on their.  Almost like a run away ball. I was intrigued from page one and could not wait to get to the end.
But in a way I hated for that ending...it came to soon.

I loved the story and the characters.  I am giving nothing away.
You'll have to check it out on you own. (below is a link to a preview)

Although Flirting With First is 5th in the Belltown Six Pack it is
marketed as a stand alone.  I have not had the chance to read any other titles in the series but I am looking forward to reading more.

The sub characters Rykers team mates and friends are featured in the other installments.

I have read several of Sophia Summers other books and I can say that I have become a fan of the nice clean stories.  Each and
everyone will take you away for a moment.