If you like strong women who take a detour from the straight and narrow, this collection is for you! From computer hackers to art heists, to a mysterious woman reclaiming her legacy and a re-telling of a classic with a billionaire twist, this box set has it all.

Join us for a ride-along on the wrong side of the law, and see if you fall in love with a Lawbreaker. 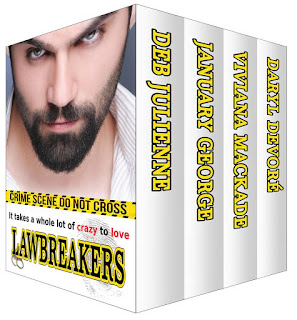 Collection includes The Fighting Lancasters by Deb Julienne, Two Truths and a Lie by Daryl Devoré,
The Storm and the Sea by January George and Painted Love by Viviana MacKade.

About The Fighting Lancasters by Deb Julienne
Chrysanthemum Lancaster is a geek to the core. The youngest of three children, all geniuses, and yet they have trouble fitting into their own family. Chrys has always felt stupid when compared with her elder brother the financial wizard, and ugly when beside her older international super model sister. The only place she feels comfortable is on the computer where no one can see her. When their father is killed, the three Lancaster’s must quit their bickering and find a way to get along. While her siblings believe the police report that it was an accident, wrong place, wrong time, Chrys takes it into her own hands and contact an old hacker buddy to help her discover the truth. Along the way the three siblings find themselves embroiled in a bitter fight between Lancaster Pharmaceuticals and the Board of Directors accusing them of stealing and selling the three patent pending serum breakthroughs on the big C to the highest bidder.
Nicholas Porter aka The Dark Knight, at one time was well on his way to a life behind bars for hacking into the Government database, the National Treasury, and the White House for the fun of it. Thanks to his current boss, who saw the brilliance in him, he now works for the FBI Cyber Crimes Team. When his old sidekick, 4n0m@ly, contacts him begging for his computer skills to uncover a murderer, three things soon become abundantly clear: 1) Can he use his Federal skills to help an old friend? 2) Will he have to break a promise to the man who saved his life? 3) What happens when 4n0m@ly turns out to be a very pretty female trying to save her family legacy, find a killer behind the death of her father, and if it’s the same person who stole the secret recipe that was about to go public as a cure for Cancer. 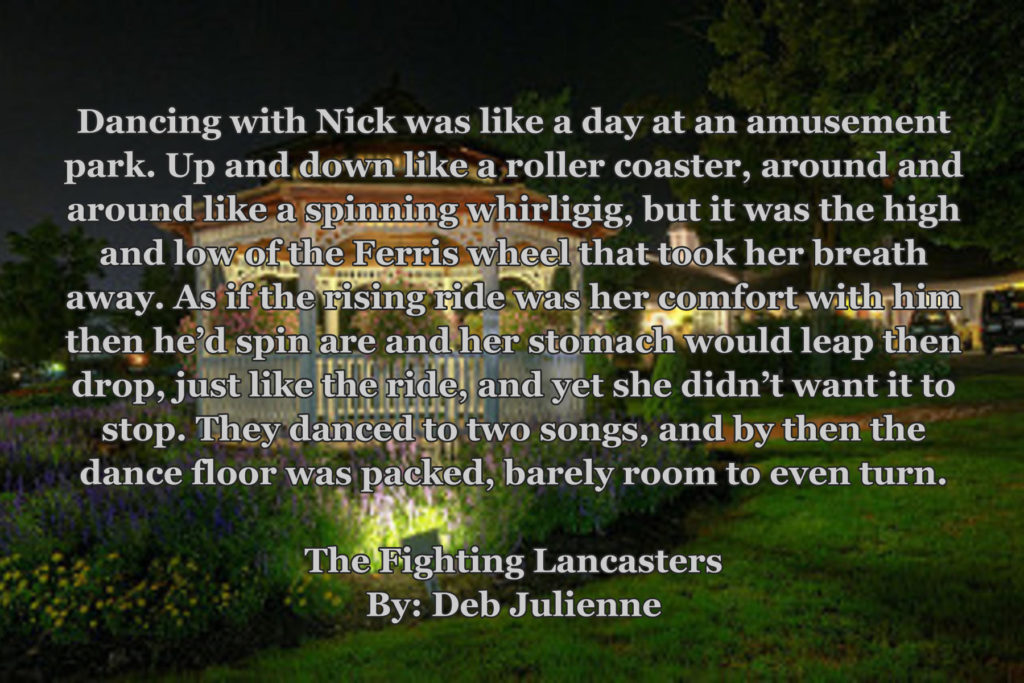 Read an excerpt
“Is this an honest conversation?”
“Of course! Why?”
“Because I’m twenty-four years old and this is the first time you’ve ever had a conversation with me.”
“Come on, Chrys, don’t play stupid, it doesn’t become you. You were Mother and Father’s favorite.”
“Bull that’s you and Frank.” Chrys clutched her head.
“Seriously?” Lily stood up and glared down at her.
“Do you have any idea what it’s like having to live up to the fact that Frank’s the financial whiz who made his first million before he turned twenty-one? And then there’s Princess Lily. The beauty and the brains. You’ve been on every continent in the world, worn the most incredible gowns, mingled with royalty, and rubbed elbows with the handsomest men on the planet. How’s a computer nerd supposed to compete with that?”
“You’re joking, right?” Lily said.
“Between you and Frank, I didn’t stand a chance. Do you know what my handle is?”
“What’s a handle?”
Chrys chuckled. “My online name in the computer chat rooms. It’s Anomaly. Do you know what an anomaly is? Look it up, you’ll find my picture and the definition: one that is abnormal or doesn’t fit in. Why do you think I hang out on the computer? It’s my hiding place.”
And I thought
A great little love story with a little suspense thrown in.
I enjoyed the characters.  Well.  Most of them.
The main character Chrysanthemum aka Chrys is charming and delightful.
Her brother Frank and sister Lilly (nicknames you'll
have to read it to find out their real names) are not very nice and very hard to like.  They are no at all nice to Chrys.
Nick an old pal of Chrys is a great leading guy.  They've known each other for 10 years but never met.  When they do they are immediately attracted to each other.
Nick drops everything to go to Chrys aide when she texts him for help.
The Fighting Lancasters was a great read.
You might be surprised at the ending.
I received a complimentary copy.
This review will appear on Amazon and Good Reads.

Visit the tour and enter the Giveaway.

Posted by GranthamLynn at 1:30 AM