On The Road With Authors Danny and Wanda Pelfry

Thanks for joining us today On The The Road 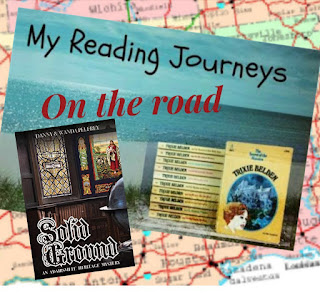 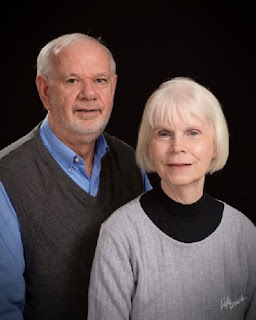 Danny and Wanda Pelfrey are graduates of Point University. Danny earned a masters from Kentucky Christian University. He spent 45 years in the pastorate. Wanda served as a primary Montessori teacher for twenty-four years. They have two daughters: Kellie, a teacher, and Sandra, an attorney. They are blessed with five amazing grandchildren.
Wanda’s career as a writer took off shortly after college, when she started writing curriculum and educational aids for a variety of publishers. Her book, MAKING THE MOST OF YOUR CHILD’S TEACHABLE MOMENTS, published by Moody Press and later distributed by Focus on the Family brought her a lot of attention and respect as a writer. However, she put her writing career on hold shortly thereafter to become a teacher.
Danny’s interest in writing was fostered by his wife’s love of the craft. He wrote articles for national publications, a newspaper column, and eventually traditional publisher Accent Books released his first book, ONE-WAY CHOICES IN A WRONG-WAY WORLD. Later he wrote and self-published a book of local history, LIFE IN ADAIRSVILLE. Recently his book published by CrossLink, WHATEVER HAPPENED TO EVANGELISM? has been well received. CrossLink also released Danny & Wanda’s four volume inspirational suspense/mystery series, “The Davis Morgan Series” as well as SOLID GROUND, the first in the “Adairsville Heritage Mystery Series”.
Danny and Wanda live in their little Cape Cod cottage in their small north Georgia hometown of Adairsville, Georgia which serves as the setting for their mysteries with a message. They enjoy a life that is often centered around their five grandchildren and their love for putting words on paper.
Website click Here
Facebook click Here
Good Reads click Here
Twitter click Here

Posted by GranthamLynn at 7:59 AM