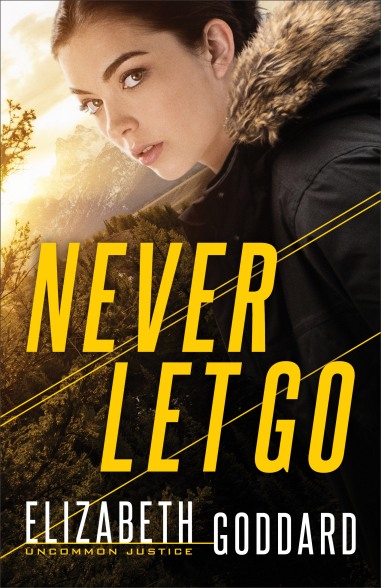 About the book
The case may be cold, but things are about to heat up.
Forensic genealogist Willow Anderson is following in her late grandfather’s footsteps in her quest for answers about a baby abducted from a hospital more than twenty years ago. When someone makes an attempt on Willow’s life to keep her from discovering the truth, help will come from an unexpected source.
Ex-FBI agent–and Willow’s ex-flame–Austin McKade readily offers to protect the woman he never should have let get away. Together they’ll follow where the clues lead them, even if it means Austin must face the past he’s spent much of his life trying to forget–and put Willow’s tender heart at risk.
And I thought
A few more pages to turn.  I am enjoying this fast paced ride.
More review will post soon. Enter via the Rafflecopter giveaway below. Giveaway will begin at midnight February 21, 2019 and last through 11:59 PM EST on March 3, 2019. Winners will be notified within 2 weeks of close of the giveaway and given 48 hours to respond or risk forfeiture of prize. Due to shipping costs, only US mailing addresses valid. For our giveaway rules and policies, click HERE.

About the book
As summer comes to an end in her Jersey Shore town, Lucy Berberian continues to manage her family’s Mediterranean restaurant. The Kebab Kitchen also has a food tent at this year’s beach festival. But now a local businessman is under the boardwalk—dead by the sea …
With a sand castle contest and live music, Ocean Crest bids a bittersweet farewell to tourist season. Summer will return next year … but Archie Kincaid won’t. The full-of-himself store owner has been fatally shot, soon after a screaming match with Lucy’s best friend. Katie’s far from the only suspect, though, since Archie had some bitter rivals—as well as some relationships no one knew about. It’s up to Lucy to look into some seedy characters and solve the case before the wrong person gets skewered …
Recipes included!
And I thought
I wish I had gotten the chance to read this one.  It sounds so good and yummy.  The cover beckons page turning.
I have added One Feta In The Grave to my TBR pile.

The tour has only started but you can visit in the next few days
and read reviews, guest posts and interviews. Click here. 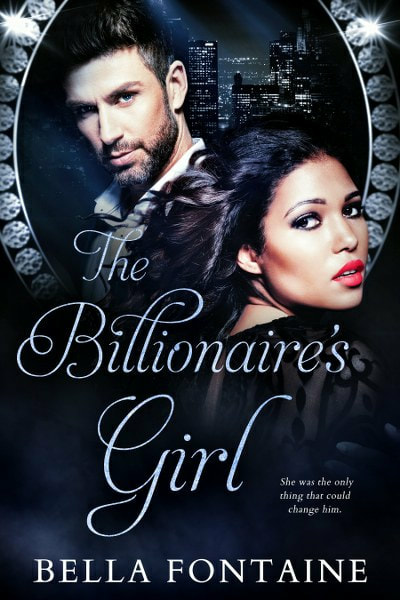 About the book
From USA TODAY bestselling author Khardine Gray writing as Bella Fontaine, comes a sexy, sassy enemies to lovers romance.Sleeping with the enemy just got sexier ...

There is always that one woman, and this was her.
I was sure of it.
Billie Harrington, the reporter who came to the press conference to expose my family.
Her exposé was however lost on me. I was more interested in her wild, exotic beauty.
I knew from the minute I laid eyes on the goddess with her sexy curves, perfect pout, and velvet hair, that I had to make her mine.
No matter the cost to me. I'd take my chances.
But...
I didn't realize pursuing her would unleash all manner of havoc in my life.
I'm determined not to let her slip away from me, but what is the right choice?
I'm her enemy and she is mine...

I just wanted my story.
My story, and justice for the injustice that was being served to the less fortunate.
Then Chad Arnaud happened
The hot billionaire.
Tall, handsome, and dangerously charming. Breathtakingly sexy as he is arrogant with his panty melting bedroom eyes that could get a girl in trouble.
Trouble...
Trouble. He was big trouble for me.
He was the last guy I should ever be with because he's the enemy.
If I don't play my cards right I could lose my job.
I knew all of that even as I allowed him to charm me.
The chemistry between us was off-the-charts sizzling hot and I couldn't resist the irresistible...
Things will get messy at some point.
Disaster is coming and I'm not sure how to untangle my heart when things begin to spin out of control.
Or, if I want to...

And I thought
I like  love a good romance.  Bella Fontaine gives us a good romance and then some in The Billionaire's Girl.  From page
one the reader is drawn into the story with the first scene (excerpt above).

Billie wants to hate Chad and on a level she does if only briefly.

She hates what he and his family have done and are doing to her mom and the other residents of an apartment complex that they
(the company) intends to demolish to build luxury condos.

But the author doesn't let the enemies stay enemies for long much to Billie's ire she is taken with Chad and the feelings are mutual.
Chad being the strong Billionaire rarely takes no for an answer.

In Billie's case he finagles a couple of dates out of her with the intent to 'win her over'.

And he does but not before a sinister plot unravels and Billie gets caught (literally) in the cross fire.

Overall I was totally surprised how much I enjoyed this book.
I think it was because it wasn't only a good romance it crossed the line and gave us a little suspense too.

Everything was all tied up nicely in the end and Billie and Chad got their Happily Eve After.

I kind of hope that there might be a series.  I enjoyed Chad's P.A.
Maurice.  I hope he gets his on romance.

I am looking forward to many more books by Bella Fontaine

I received a Complimentary Copy.
My review will appear on retail sites and Good Reads.

The Puppy Who Knew Too Much by V.M. Burns-Great Escapes Tour-Review

About the book
Lilly Echosby and her toy poodle Aggie find a fresh start in Chattanooga, Tennessee, spoiled by the scent of murder . . .
Having solved the shooting death of her cheating husband, Lilly’s left behind the drama of Lighthouse Dunes, Indiana, to start over in the hometown of her best friend, Scarlett “Dixie” Jefferson. As she gets settled in her new rented house, Lilly gives Aggie, short for Agatha Christie, her own fresh start by enrolling her in the Eastern Tennessee Dog Club, where Dixie is a trainer.
But drama seems to hound Lilly like a persistent stray. Her cranky new neighbor appears unfamiliar with Southern hospitality and complains that Aggie barks too much and digs up his prized tulips. But what the poodle actually unearths is the buried body of a mysterious man who claimed ownership of the lost golden retriever Lilly recently rescued. Now it’s up to Lilly and Dixie to try to muzzle another murderer . . .
And others are saying
The author is very talented in her descriptive writing and made the setting so inviting that I want to go to Chattanooga, Tennessee, for a visit. I would love to spend a week with Lilly and Dixie.
~MJB Reviewers
The sleuth was believable, the mystery was so awesome, and I am glad that the sleuth’s love interest is in law enforcement.
~Baroness’ Book Trove
This book is just too adorable for words!!! . . . Full of humor, mystery, and cuteness to create a book you just cannot stop reading.
~Books a Plenty Book Reviews
In THE PUPPY WHO KNEW TOO MUCH, V.M. Burns has penned an entertaining whodunit that will leave readers begging for more.
~Lisa Ks Book Reviews
The story is well plotted and executed with strong and sassy leading female characters, twists and turns, a few suspects but no clear motives . . . I highly recommend this one.
~Carla Loves To Read
I was immediately charmed by the characters . . . The author brought them all to life and I had such fun getting to know them.
~fuonlyknew
And I thought
I really enjoyed this one way more than I expected.
Honestly the cover just didn't 'Get Me' but I gave it a chance and I am glad I did.

I loved the story/plot and all the characters.  Even though this one is book 2 I jumped right into the story.  I will be reading book 1 because I enjoyed this one so much.

The characters drew me and didn't let go.  I enjoyed Lilly her
'beastie' Dixie and her daughter who comes for a visit and then stays to help her mom solve the crimes.

The dogs are great too.  After discovering the first body that ends up being the owner of the house that Lilly's rented Aggie makes friends with a dog that appears on their porch.  He's ill and not taken care of.   The drama unfolds as different people keep claiming the retriever.

And then there is a 2nd murder so Lilly jumps into sleuthing out the answers.

There's a little romantic sizzle that I suspect might be played out in the next one and I am looking forward to it.

a Rafflecopter giveaway
Posted by MyReadingJourneys at 12:00 AM 1 comment: