Check Out by Debra Parmley On The Road Spotlight Post

Welcome back to On The Road.  This week we are Featuring a great Romantic Suspense.  My favorite genre.  I am happy to welcome author Debra Parmley . . . 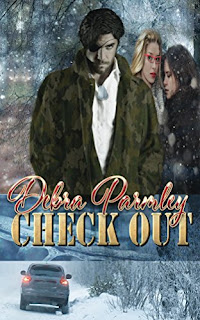 When Nash, a Marine returning home with an injury, who is rebuilding his life, walks into the library where shy librarian Betsy Bobbin works, she’s intimidated by the handsome man who wears an eye patch and an attitude. But when her car has a flat in the library parking lot as she’s leaving work during a winter storm, the mysterious Marine comes to her rescue.

He comes to her rescue again when Betsy and her less mature younger sister Leann have trouble at a local country western bar with a drunk who won’t leave Leann alone. But the fight outside the bar between an angry Nash and the drunk frightens Betsy. She’s fallen for the recovering war veteran, but is it safe to fall for a man with PTSD? Betsy is torn. Will love and trust win out over her fear before it is too late?

Nash has found the girl of his dreams, but his wounds run deep. His ex-fiancé was repulsed by his eye patch and his scars, and manufactured drama like bees do honey. He’s sworn off of women and their drama and is keeping his focus on restoring a one hundredth anniversary 2003 Harley Davidson Road King and on the college classes he is taking. Meeting Betsy at the library, he’s drawn to the sweet, shy librarian and she brings out his protective instincts. If only her sister would stop getting in the way.

Real drama surrounds Betsy, when a stalker comes after her sister Leann. The girls learn that stalking is a real problem on college campuses when Leann’s tutor stalks her. When Leann's college stalker shows up in town Betsy again turns to Nash.

This military romance with a touch of suspense features a Marine veteran hero with PTSD, a shy college librarian heroine, her younger less mature sister and a college campus stalker. 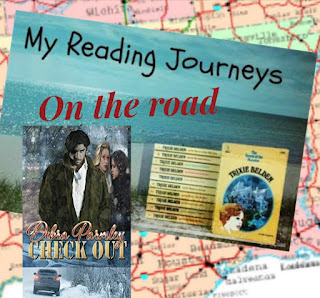 Posted by GranthamLynn at 4:00 AM