About the book (provided by Great Escapes Tours)
Liz McCall has come to love running her father’s vintage toyshop back home in East Aurora, NY, so when the Train and Toy Show comes to town, she’s all aboard for a fun toy-filled weekend. The only hitch is that her childhood bully Craig McFadden, now local business rival, has set up a booth next to hers. But the fun and games are over when Craig falls from the ceiling in a publicity stunt gone wrong.
What was initially thought to be a fatal accident proves much more sinister. Pulled into the case by her feelings for both Ken, the police chief, and Jack, her high school sweetheart whose brother is one the prime suspects, Liz dives headfirst into the investigation. But as she digs deeper, she’s shocked to learn her father may have been the intended target.
The trouble train is barreling down and Liz may have just bought herself a first class ticket in Murder on the Toy Town Express, Barbara Early’s delightful second installment in her Vintage Toyshop mysteries

And I thought
Charmingly delightful.  The reader (at least this reader) can't help but fall in love with the daddy daughter team of Lizzy and Hank.

In previous installments (Death of a Toy Soldier) Liz is  compelled to help her father run his toy shop and keep his feet on the ground and away from crime.

As a retired police chief Hank (see character post below) should be enjoying life and spending his pension on running his dream toy shop.

But crime is always a foot and Hank seems to attract drama/crime.
While displaying toys from his shop at a toy fair a less than BFF from Liz's past has a freak accident that ends him up in the hospital.  And then to everyone's shock he dies while in the hospital.

When Liz discovers that the coffee he drinks was actually Hanks coffee.

So was Hank the intended victim?  Was Craig's theatrical fall a stunt gone wrong of was it cased by something more.

Maybe a tainted cup of coffee intended for Hank?

The trail is hot as Liz sleuths and discovers the answers while juggling a couple of suitors.

The reader is left waiting for book 3 to see if Liz ends up making a decision on which heart throb she will choose.  Leaving this reader anxiously waiting for the next ride.

I enjoyed visiting the authors website which included information about the Toy Shop Mystery's & the Bridal Bouquet Shop Series. 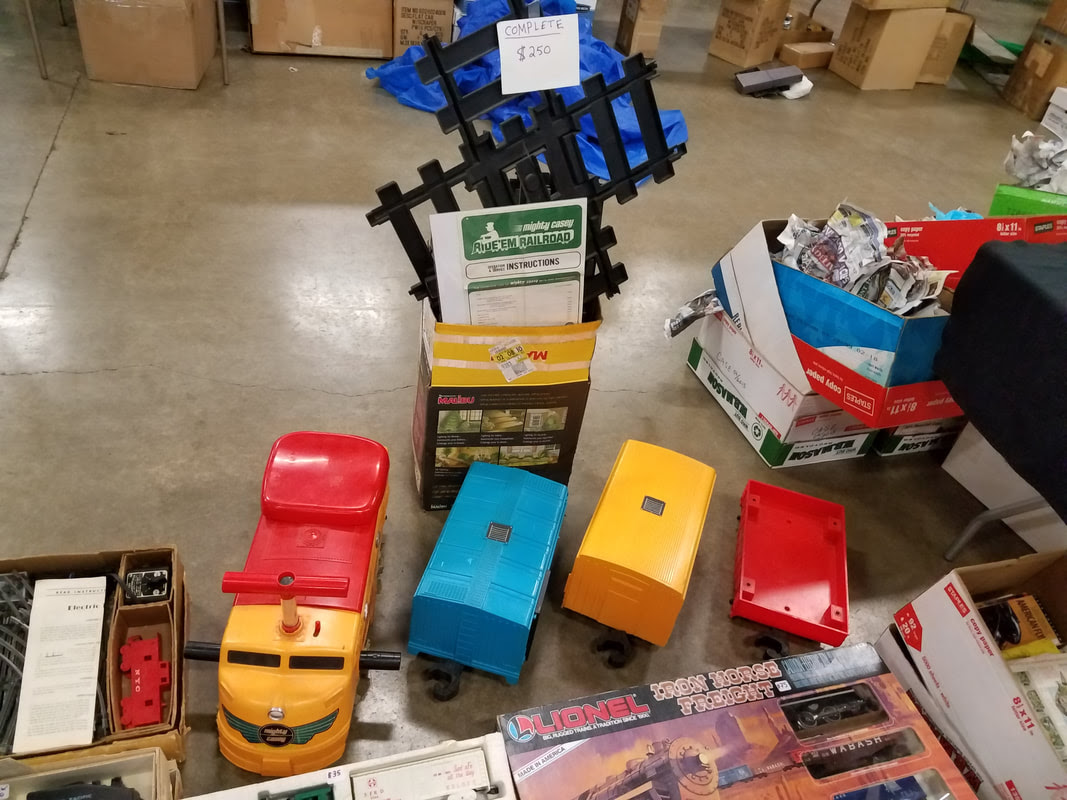 Now, I know my daughter likes to remind me that we're there to sell and not buy, but you can't expect a man to be surrounded by miles of model trains and not come away with a few small purchases, especially since there are trains of every gauge, from the smallest models kept in glass cases to huge models meant for kids to ride on... I wonder if she'd go off the rails if I brought that home. I am hoping for future grandkids...someday. 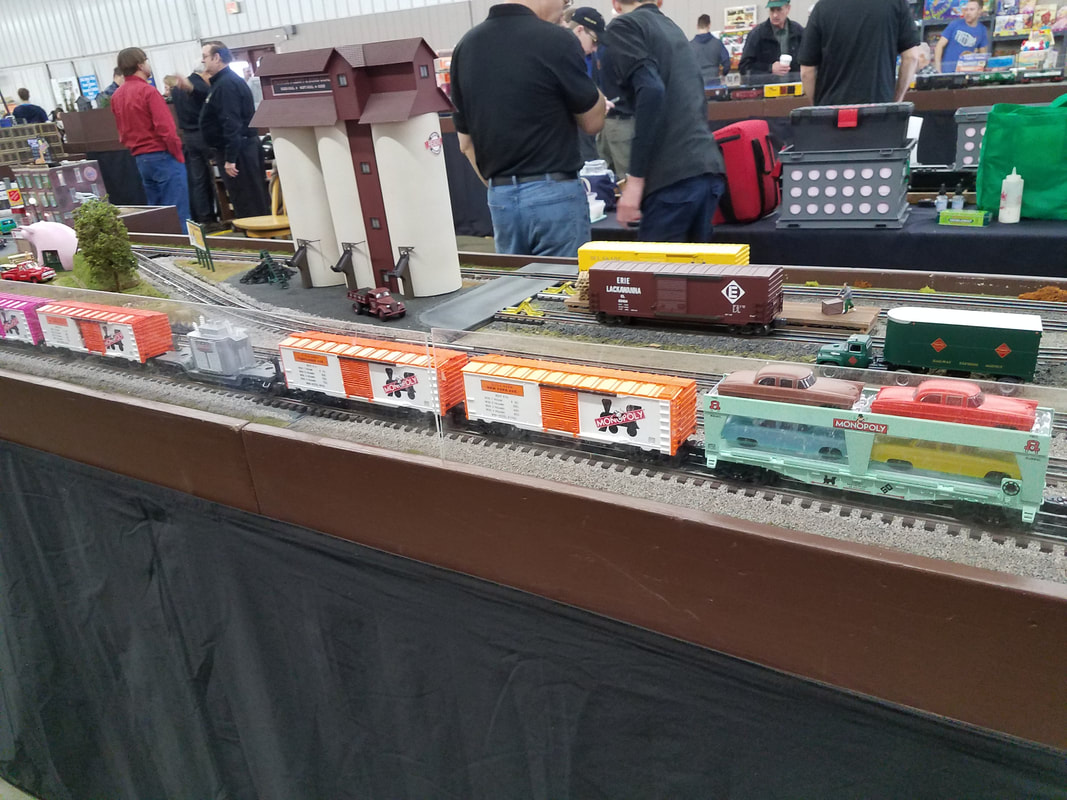 Even Liz had to crack a smile when she saw this Monopoly-themed train, which had color-coded cars for all the properties and utilities. 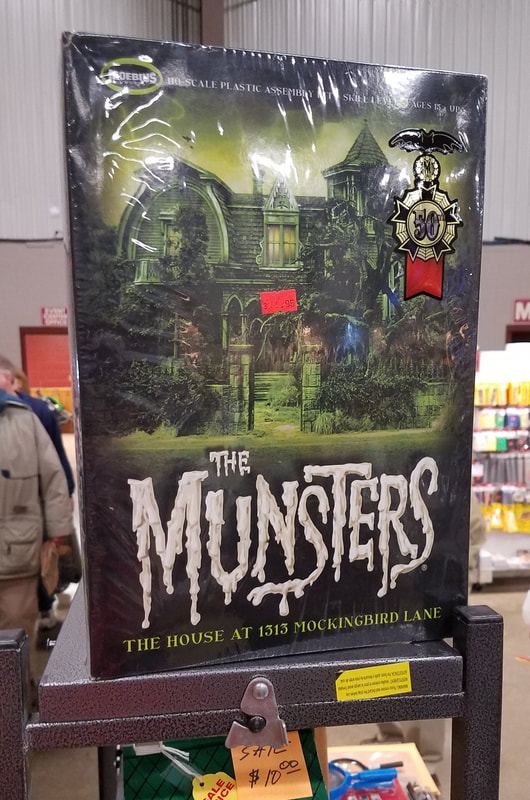 And there's plenty of accessories to go around. This Munsters house would look great next to the tracks, especially in October... 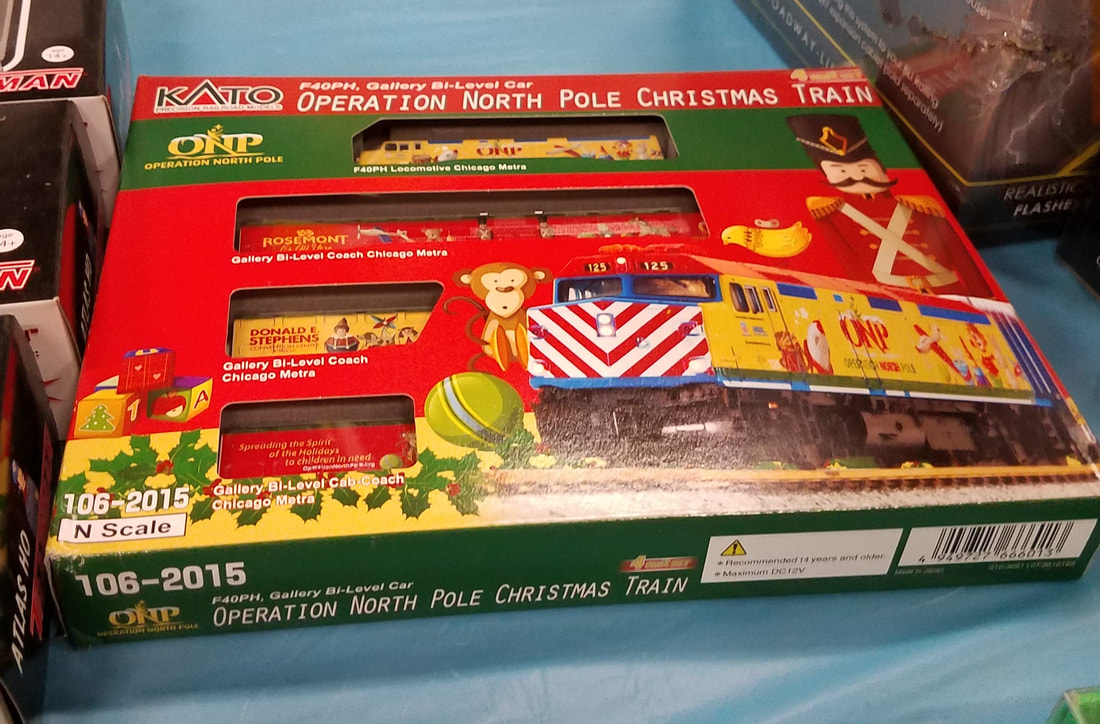 Or course, this might be more suited to Christmas...

Oh, and look! Little police figures. I need these since I used to be...

OK, who's the wise guy who designed the one eating the doughnut? 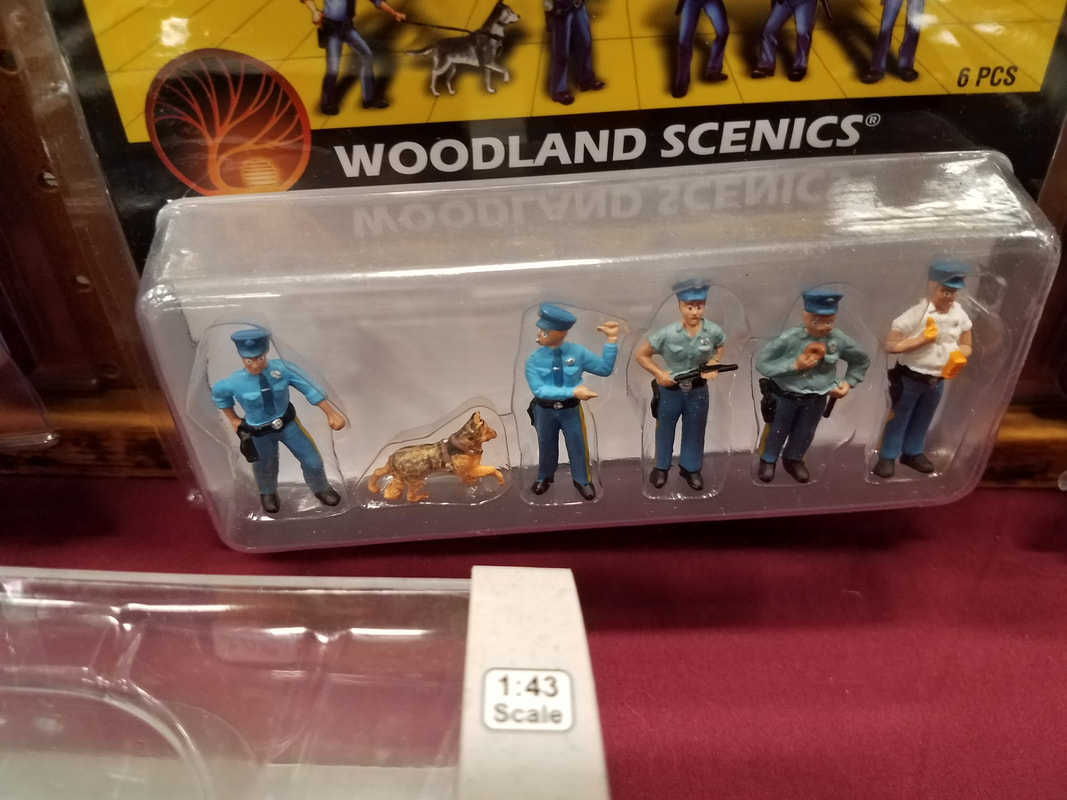 a Rafflecopter giveaway
Posted by MyReadingJourneys at 1:00 AM