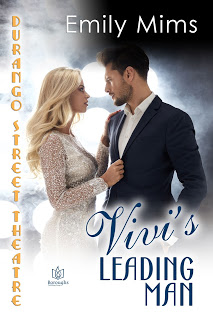 About the book
EXES AND OHS
The marriage was one of convenience. She had status and he had money. But… there was something there, and both of them felt it. After three years of him working long hours and her spending too much time at the Durango Street Theatre, Miguel Abonce and Vivienne Heiser called it quits. One year later, they are forced to work together to save or sell the theater. In the process they discover things they never knew about each other and they learn there’s more between them than burning up the sheets. They might really love each other after all.

Read an excerpt
He should pull away. Instead, tightened his hold while he plundered her sweetness. They clung together for long moments, their moans the only sound in his ears. When he pulled back, he looked into her eyes, dimly lit by the streetlights and a waxing moon in the night sky. “Well,” he murmured softly as he took in her swollen lips and her glazed expression. “Was it as good as it used to be?”
His question seemed to snap her out of her trance. “Yep. Best empty, meaningless kiss I’ve ever had.” Her words were biting, but her expression screamed sad. She pulled back and he let her go, even though every muscle in his body was dying to hold onto her

To enter the Giveaway visit the tour. Click here.
Posted by GranthamLynn at 2:09 PM