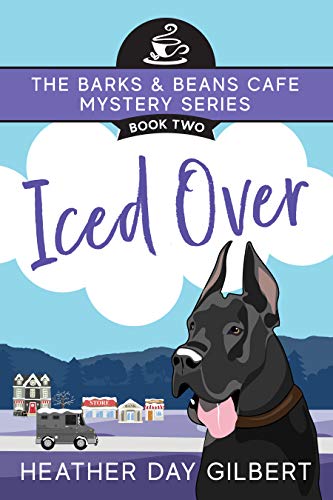 About the book
BOOK TWO in the ALL-NEW BARKS & BEANS CAFE cozy mystery series!!Welcome to the Barks & Beans Cafe, a quaint place where folks pet shelter dogs while enjoying a cup of java...and where murder sometimes pays a visit.Black Friday turns fatal when an armored security truck hits an icy patch and runs over an embankment near the cafe. With one driver dead and the other in a coma, police are baffled by the discovery that $500,000 is missing from the truck's cache.When strangers show up at Barks & Beans asking nosy questions about a young cafe employee, Macy's mama bear instincts kick in. She can't ignore what her gut is telling her—that things aren't all they seem on the surface—and with a little help from her brother, Bo, and her Great Dane, Coal, Macy follows up on a few leads of her own. But if the ruthless thief beats her to the stash, the thin ice she's been skating on might just crack.Join siblings Macy and Bo Hatfield as they sniff out crimes in their hometown...with plenty of dogs along for the ride! The Barks & Beans Cafe cozy mystery series features a small town, an amateur sleuth, and no swearing or graphic scenes.
Read an excerpt
If ever there were a perfect anchor for our Thanksgiving table, it was Great Aunt Athaleen's blue Carnival glass bowl. Cradling its weighty base, I carefully set it on the runner I'd smoothed out earlier. Thanksgiving this year would be so different with Auntie A gone, but I took a moment to be grateful my brother Boaz and I would be celebrating it here in the family home.
The truth was, I owed Bo for talking me into moving back to our hometown in Lewisburg, West Virginia. He was the one who'd renovated  the front of Auntie A's house into a cafe and invited me to live in the back half.
He'd lured me in with dogs, of course. I ran the "Barks" half of the Barks & Beans Cafe, and Bo ran the cafe section. With my dog instincts and his coffee bean connections, it had turned out to be the perfect match. The cafe had only been open since September, but we'd already had to hire another employee just to keep up with business.
My black Great Dane, Coal, shot me a polite and somewhat apologetic look from his pillow in the living room. The moment I'd started bustling around the table, he'd sat back on his haunches and made a rather Herculean effort to ignore me. His casual act didn't fool me. We both knew that if I took the time to set the table, food would show up soon—most likely arriving with Bo, who was the cook in the family.
I'd surprised myself, though, by giving into a wild urge to replicate Auntie A's mashed potatoes for the Thanksgiving meal. After several failed attempts, I'd finally gotten my potatoes mashed to perfection, blended with just enough milk, salt and pepper, and butter. I had a bowl of potatoes sitting in the microwave, waiting for the guests to arrive, at which point I'd heat them and drown them in even more butter.
To expand upon my mashed potato offering this Thanksgiving, I'd made yeast rolls and warmed a couple of cans of Auntie A's canned applesauce. The rolls were turning a lovely golden brown, and the house smelled of apples, cinnamon, and bread—a heady combination that seemed just right.
Thankfully, Bo was handling the turkey, as well as the stuffing and gravy. Our pet shelter owner friend, Summer Adkins, was bringing a tossed salad and a couple of pies for dessert. Bo and I had agreed that we needed to invite a third party, simply because we'd celebrated the holiday for so many years with the two of us and Auntie A. We were used to cooking for three.
Something thudded against my back door.
"Let me in!" Bo's hands were likely too full to ring the doorbell, which was just as well since it tended to send Coal into a frenzy.
"Coming!" I shot a look at Coal, who continued to feign indifference by focusing on a ladybug crawling on the wall. I couldn't help but chuckle. "Stay," I commanded, although he was well-trained enough that he didn't even need me to say it. He already knew it was Bo, and that no matter how big and intimidating my brother looked, he was not to bark at him.
Coal instinctively got a fact some people failed to pick up on—you cross my brother, you cross me. And my loyal dog would rather roll over and die than to cross me.
--copyright Heather Day Gilbert, 2020 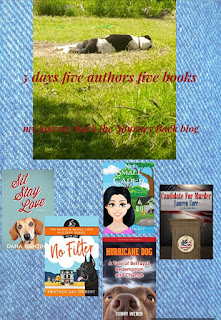 It's over here
Posted by GranthamLynn at 7:01 AM