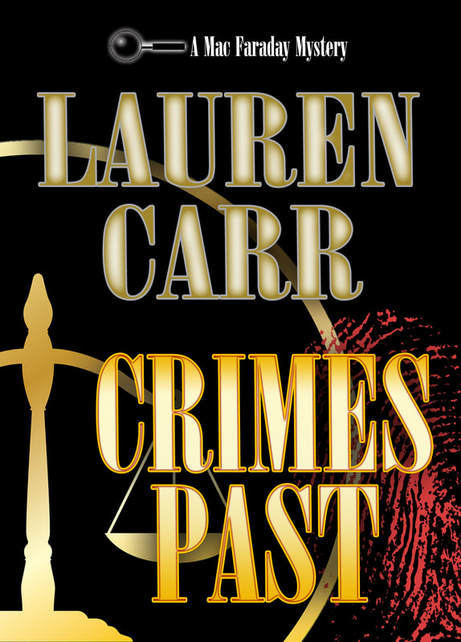 About the book
It’s a bittersweet reunion for Mac Faraday when members of his former homicide squad arrive at the Spencer Inn. While it is sweet to attend the wedding of a former colleague’s daughter, it is a bitter reminder that the mother of the bride had been the victim of a double homicide on her own wedding night.

The brutal slaying weighing heavy on his mind, Mac is anxious to explore every possibility for a break in the cold case—even a suggestion from disgraced former detective Louis Gannon that one of their former friends was the killer.
​
When the investigator is brutally slain, Mac Faraday rips open the cold case with a ruthless determination to reveal which of his friends was a cold-blooded murderer.

And I thought
First I loved it and another 5 stars for Lauren Carr.

I was planning on keeping some of it close to the vest and tell you that you need to read it (and well you do)  because I am not giving anything away but...(read the guest post from Lauren she spills the beans!)

With all that said this was another great mystery for Mac, David, Archie and a few others to solve.

And as with all the previous books there is more to meet the eye than just one little 'ole murder or mystery.  Excuse me that's how we talk in Texas.

There's always underlying plots and drama and this has a doozie of one.  But I promise I am not spilling the beans.

One of my favorite parts is the cross-over characters from the others series that visit and either become a part of the story or
make a cameo appearance.

I love the characters that Lauren Carr introduces to the reader.
And well I can't get enough of them.

There are a few new characters in Crimes Past to join this wonderful cast.

One being a 15 year old that can't seem to figure out it's really not O.K.  for him to drive even though his grandmother gave him a car.

He gets into a 'heap O trouble' ( Another saying we use here in Texas.' ) when in the end the real murderer that everyone is trying to catch kidnaps said 'kid'.  But the kid is a chip off the old block (not sayin' which block) he is just smart enough to turn on his cell and his mom was smart enough to have a tracker on it.  And well mystery solved the bad guy is caught.

And all ends well and Happily Ever After.  And well just to warn you even though I won't give it away have a couple or more tissues cuz this ending is good!


My mother would have loved Hope West. And if she didn’t, I’d tell her what I always told her, “It’s my book. If you don’t like Hope West, you can write your own book.”

And my thoughts...well dawng I wasn't going to give it away in my review.  I must have been one of the few that liked Dallas.   With that said it all worked out well except Dallas leaving.  Maybe she needs to show up somewhere else?  You think? 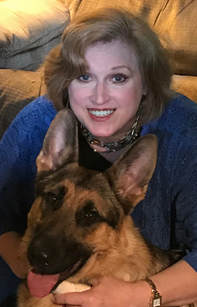 Lauren Carr is the international best-selling author of the Mac Faraday, Lovers in Crime, and Thorny Rose Mysteries—over twenty titles across three fast-paced mystery series filled with twists and turns!Now, Lauren has added one more hit series to her list with the Chris Matheson Cold Case Mysteries. Set in the quaint West Virginia town of Harpers Ferry, Ice introduces Chris Matheson, a retired FBI agent, who joins forces with other law enforcement retirees to heat up those cold cases that keep them up at night.Book reviewers and readers alike rave about how Lauren Carr’s seamlessly crosses genres to include mystery, suspense, crime fiction, police procedurals, romance, and humor.​Lauren is a popular speaker who has made appearances at schools, youth groups, and on author panels at conventions. She lives with her husband, and three dogs on a mountain in Harpers Ferry, WV.​Connect with the author: Website  ~  Twitter  ~  Facebook  ~  Instagram