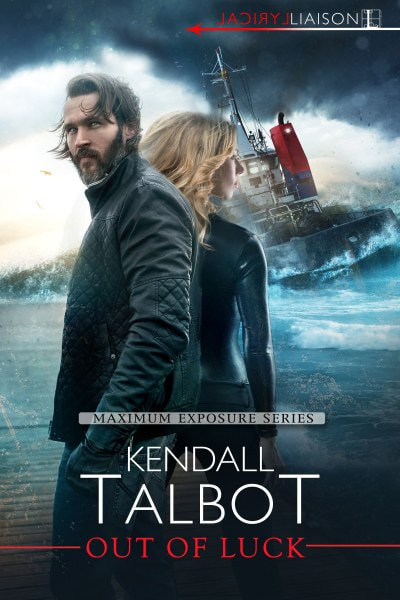 About the book
For twenty years, they moved from town to town every few months. They paid in cash. They kept only what they could carry. But 26-year-old Charlene Bailey and her father were a family, complete and happy. Until a woman stabbed him to death in a New Orleans café, right in front of Charlene’s eyes, screaming in a language she didn’t understand. Now the police are claiming that her whole life is a lie. To find out who she is, she’ll have to find out what they were running from. And to discover that, she’ll have to find someone she can trust.
As a charter boat captain out of Key West, Marshall Crow has seen his share of reckless tourists. But the fierce young woman asking for passage to Cuba isn’t one of them. He never thought he’d put the skills he learned in the Navy to work smuggling a stranger, but he’s drawn to her the same way she’s drawn to the truth. And through the dark waters of the Florida straits and the narrow streets of Havana, the danger that awaits them is far too vicious to face alone.

And I thought
A pager turner from the start!  I really enjoyed this book.  It was
hard to put down.

The characters grab you and won't let go.

Charlene is cool headed even in the drama of her fathers(?) tragic
murder.  Taking the bull by the horn she sets out to find out the truth.  Why did a random woman kill her dad?

As ?'s are asked secrets unfold.  Charlene realizes that just maybe her life and her fathers life was more lies than truth.

The two end up together working to solve the mystery and find out the truth.

The 'together' does end up in 1 bedroom seen that would make MaMa blush.

There were not alot of characters to get involved with in this one.  A few characters appear during the investigating but they come and go.  I did have a bit of a hard time when the villain was introduced.  His introduction was a bit confusing to me in a new chapter that didn't seem to have anything to do with what was going on.

But I couldn't put it down and in the end everything came together.

A good ending.  And a great book!  I loved this one!  I'll be
reading more in this series.

I received a complimentary copy.
This review will appear on Good Reads and retail sites.
This review and a spotlight of the book will be posted on social media before and during the Silver Dagger Tour.

Read an excerpt
Chapter 1
Sorrow coiled in Charlene’s heart as she inched toward her father’s body on the metal slab. The pungent air crackled with the stillness about her, and her bones sagged with an emptiness deep in her soul. Her father didn’t look peaceful. She should’ve expected that, given the way he’d died. The stubble in his beard was longer than usual, and she was surprised at how many gray whiskers he had. Lips that had always been quick to smile were tinged the color of acid-washed denim.
His almond-colored eyes were closed, destined to remain that way forever.
With trembling hands, she curled her fingers beneath the seam of the white sheet concealing his body and eased it down from his neck. Fighting the quiver in her chin, she stared at the jagged knife wound in
his chest. It was surprisingly small considering the amount of blood that’d gushed from it.
Charlene squeezed her eyes shut, trying to force the brutal attack from her mind. But it was there to stay. Every precise second was permanently etched into her memory.
The woman who’d stabbed him was a stunning brunette with olive skin and fierce brown eyes. She’d looked petrified. Clearly her father and the woman had known each other, but Charlene had never seen her before. They’d argued in Spanish. Charlene didn’t speak any other languages, and
she’d had no idea her father did either.
When the woman had grabbed her father’s steak knife, Charlene had seen the look in his eyes. It wasn’t fear. It was resignation. Like he’d always expected that moment to one day come.
Shaking the recollections free, she opened her eyes and touched his forearm, just as she’d done a thousand times over, except this time she had to resist recoiling at the cold beneath his flesh. As a single tear trickled down her cheek, she wondered if their past had finally caught up to them.
Twenty-two years it’d taken.
Twenty-two years since her father had whisked her away in the middle of the night.
Twenty-two years since she’d last seen her mother.
They’d moved to twice as many cities in that time. Just the two of them.
Charlene inhaled the tangy disinfectant and the emptiness around her. “What am I going to do?” Even her voice sounded hollow, lacking in emotion.
Life as drifters had meant she had no friends.
Her time with her mother was nothing but a whispered dream. Her father never did tell her what happened when she was six years old. And after a while, she’d stopped asking. In fact, she’d often wondered if it was just a silly childhood nightmare.
Now she was all alone.
The enormity of it had hit her yesterday when the police started asking questions.
Her father had no identification. No driver’s license. No credit cards. Not even a Social Security card. Just a small amount of cash and the key to their rented apartment. It hadn’t surprised her. The police, however,
had implied that it was abnormal. Deceitful even. Charlene had explained away all their questions, yet Detective Chapel had looked at her like she was hiding something.
She’d learned to live with inquisitive gazes; she’d been the new student at twenty or so schools. Being the stranger in a crowd was completely normal.
The door cracked open, and the sound ricocheted about the room like a bullet. She jolted at the interruption and turned. Detective Chapel had a look of sorrow that for some reason seemed forced…too practiced. She flicked the tears from her cheeks and stepped back from her father’s lifeless form.
“Ms. Bailey, are you okay?”
Charlene swallowed the lump burning in her throat and shook her head. Okay? His question was ludicrous. Nothing will ever be okay again. Ever. She turned back to her father’s body and through her murky tears scanned his face. Finally, she nodded. “Yes.”
When she turned to look into Chapel’s eyes, she had a strange feeling he didn’t believe her account of what happened. She blinked and tried but failed to cast the unfounded feeling aside. “What happens now?”
“If you’re up to it, we’d like to ask you a few more questions.”
She glanced at her father one last time, hardly able to believe what she was seeing. He’d always been full of life…the first to try out a dish he couldn’t pronounce at a restaurant or jump off the bus to explore a new
vista. He taught her to appreciate the sunrise and the glow of the moon over the ocean. His days were long and his nights short in his attempts to squeeze the life out of every second.
All that had been stolen with the slice of a blade.
She bit her lip in an attempt to halt her quivering chin, and before she succumbed to the burgeoning tears again, she allowed Chapel to lead her from the morgue.

Click here to visit the tour and read more reviews.