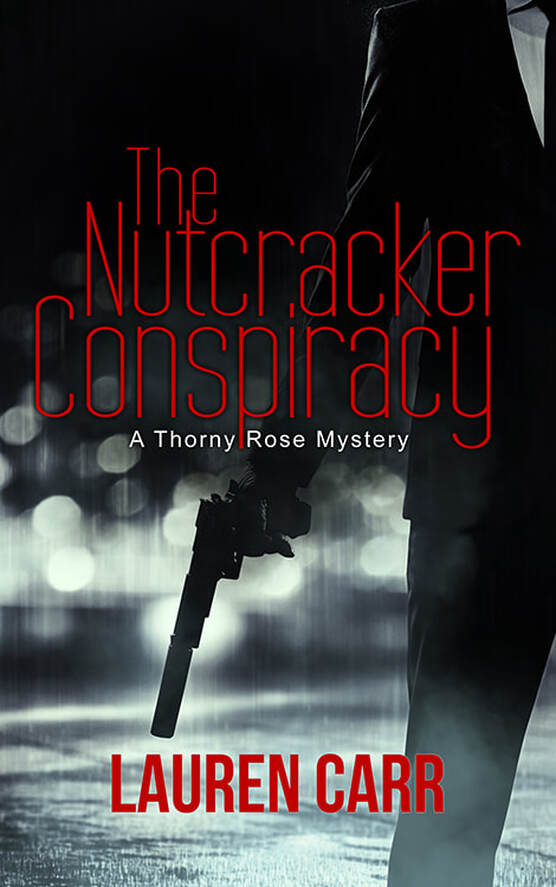 About the book
Three years ago, the nation gasped in horror when the President of the United States barely escaped an assassination attempt that left two dead—the vice president’s wife and the attempted assassin.  Even after numerous investigations proved otherwise, conspiracy theorists argue that the assassin was acting on orders from the CIA, FBI, and every federal agency within a hundred miles of the capital.
Aspiring Author Dean Conway is the last person Lieutenant Commander Murphy Thornton wants to spend his Saturday afternoon when they end up at the same wedding reception table. While their wives tend to bridesmaid duties, Murphy is trapped listening to Dean’s latest work-in-project—completing the manuscript of an investigative journalist who’d disappeared months earlier.
“She was number twelve,” Dean says.
“Twelve?” Murphy asks.
“Twelve witnesses connected to or investigating The Nutcracker shooting have died either in an accident or suicide.”
Two days later, Dean dies suddenly―but not before sending a text message to Murphy:

Grab your snacks.
Put the cat/dog out.
Send hubby somewhere to entertain himself.
And
Beware don't start at bedtime!


Get ready for a page turning ride that will have you on the edge of your seat!

Lauren Carr does it again giving us a fast past thrilling ride.  That will knock your socks off.  Or maybe knock you right out of your stiletto's!

If your a fan of The Thorny Rose series you'll want to snatch this one up.  If your not.  You don't know what your missing!

Another main character is Jessica's brother Tristen and their virtual Butler Nigel that runs the homes security and a few other tecky things that helps solve the mysteries and keep everyone safe when the bad guys come calling.

One of the things I like best about Lauren Carr's series is how they cross over.  In The Nutcracker Conspiracy Jessica's father Mac
Faraday (The Mac Faraday Mysteries) and his wife Archie make a cameo appearance when they drop off Mac's dog Gnarly on their way out of town.  Gnarly is the mayor of Spencer who gets into a few little scraps because he is a bit of a klepto.  But Gnarly is a hero too.  He helps his humans solve crimes and he even catches a few bad guys himself.

The Nutcracker Conspiracy is super fast paced filled with suspense and a staggering amount of crime.  All told in a believe able yet clean book that has no bedroom scenes and no bad language.

If your a fan of suspense.  You'll want to check this one out.

I received a complimentary copy.
My review will be posted on Amazon and Good Reads.
The Nutcracker Conspiracy will be promoted on social media and featured at My Journey Back-The-Journey Back blog. 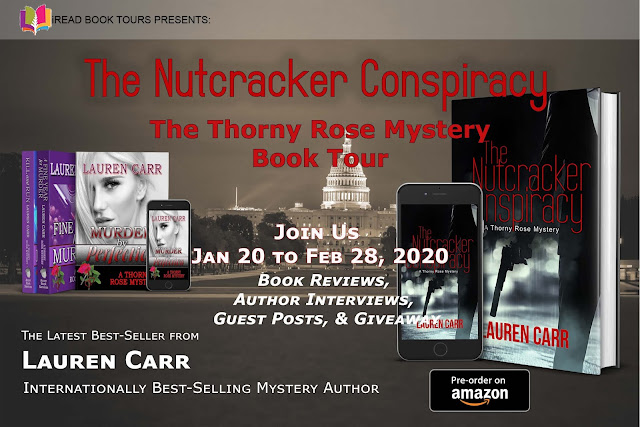