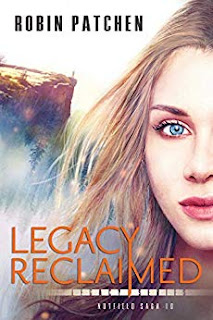 Chelsea Hamilton spent her life preparing to run the international clothing business her parents started, but she’s still caught off guard when she learns of her mother’s untimely death. Chelsea returns to New Hampshire, buries her mother, and prepares to take over the floundering business. When a stranger attempts to kill her, she realizes somebody doesn’t want her to inherit her legacy.
Private Investigator Dylan O’Donnell spends his time searching for lost teens. He doesn’t know what to think of the beautiful woman seeking his services. Hers isn’t the kind of case he’s accustomed to handling, and she isn’t the kind of client he quit his steady job to help, but something about the woman pulls at him. She’s in danger, and he can’t turn her away. But if he blows this very public case, his floundering business might not survive.
Together, they dig into her family's secrets. The closer they get to the truth, the closer they grow to one another. Can Chelsea save the legacy her parents fought to leave her? Can Dylan save Chelsea from the enemies determined to see her dead?
And I thought
A fast paced page turning ride.  Legacy Reclaimed was hard to put down.
I love romantic suspense and read any that I can get my hands on.  I love a good thriller/ suspense.
Robin Patchen gives the reader a romantic suspense with a twisting plot and with main characters that have faith in God and trust in him.
The main characters Chelsea and Dylan each have had bad experiences and sorrow in their lives but have faith to overcome and allow themselves to fall in love.
The only problem is staying alive and a step ahead of the bad guy(s) and figuring out who is out to sabotage her family company and kill Chelsea.
If you love fast paced suspenseful and believable thrillers you'll really enjoy this one.

I received a complimentary.
My review will appear on retail sites, Good Reads and social media.

Amazon
Posted by GranthamLynn at 12:00 AM