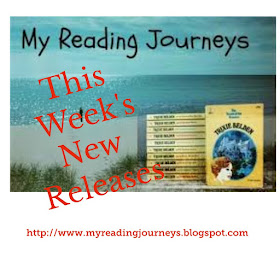 Suzie and Mary are nervous but excited to host their first wedding at the majestic B&B. They are in full swing getting everything in Dune House ready so the happy couple can tie the knot. The best friends think that the worst problems they’ll have to deal with are the usual tensions among the wedding party and unreliable caterers. But they couldn’t be more wrong.

Not only does the groom go missing but someone is murdered. Suzie, Mary and their lovable Labrador, Pilot, do a little snooping to decipher this baffling murder mystery.

Has the groom just got cold feet? Or is something more sinister at play?

Beaches and Betrayal is the twenty-second book in the Dune House Cozy Mystery Series. If you like strong female sleuths, enduring friendships and loyal dogs, then you’ll love this page-turning cozy mystery.

Buried in a Good Book

by Tamara Berry Bestselling thriller writer Tess Harrow is almost at the end of her rope when she arrives with her teenage daughter at her grandfather’s rustic cabin in the woods. She hopes this will be a time for them to heal and bond after Tess’s recent divorce, but they’ve barely made it through the door when an explosion shakes the cabin. Suddenly it’s raining fish guts and. . .is that a human arm? 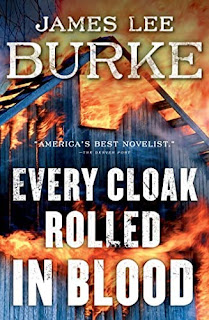 Every Cloak Rolled in Blood

by James Lee Burke Novelist Aaron Holland Broussard is shattered when his daughter Fannie Mae dies suddenly. As he tries to honor her memory by saving two young men from a life of crime amid their opioid-ravaged community, he is drawn into a network of villainy that includes a violent former Klansman, a far-from-holy minister, a biker club posing as evangelicals, and a murderer who has been hiding in plain sight. 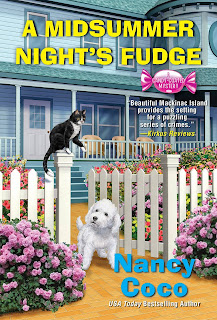 by Nancy Coco During the Midsummer Night’s Festival, Allie decides to take her bichonpoo, Mal, home to spare her furry little ears from the sounds of fireworks. But on her way back, Allie spots a body in the lake. Just minutes ago, Winona Higer was crowning the event’s Queen—could the competition have really been that deadly? 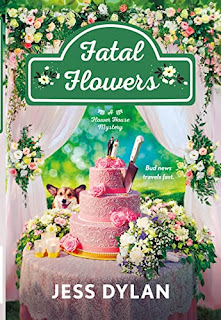 As Aerieville, Tennessee’s Flower House finally gains in popularity, Sierra Ravenswood finds herself feeling ready for new challenges. Luckily, the shop has grabbed the attention of the mayor’s daughter, and bride-to-be, Marissa Lakely. Sierra is thrilled, and nervous, to land her most important job yet: providing flowers for the biggest wedding Aerieville has ever seen.

by Jeanne Glidewell When ex-lawman and senior citizen, Rip Ripple, is assaulted by a strung-out young man at a rest area outside Rockdale, Missouri, he assures his wife, Rapella, it’s “no big rip.” Aboard their travel-trailer, the “Chartreuse Caboose,” the couple is destined to see their friends Lexie Starr and Stone Van Patten at theo  and breakfast, The Alexandria Inn.

A Sprinkle in Time

by Dana Mentink It’s Alpenfest in Upper Sprocket! Yodelers are congregating in the square, tourists flocking to the town, and Trinidad Jones is scooping up some fall flavors at her Shimmy and Shake Shop. The cherry on the sundae is her upcoming feature in The Scoop magazine. She’s determined to serve up the perfect interview, but it won’t be easy, thanks in part to her meddling Cuban grandfather Papa Luis who has decided to make Sprocket his home for the foreseeable future. Papa Luis has set himself up as a taxi driver in his classic 1951 Buick.

by Karen Rose SmithWhen Daisy Swanson arrives at Rumple’s Statuary shopping for a birthday present for her beau Jonas,

Rumple’s cottage looks like something out of a fairy tale, reminding her of the Storybook Tea family event she’s planning. Even the man himself—short and stumpy in overalls with bare feet—seems like a storybook character. But as a businessman, Rumple is rumored to be as cold and hard as the statues he sells.

Posted by GranthamLynn at 7:26 AM