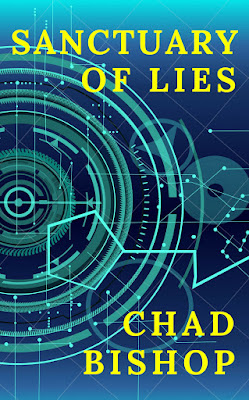 About the book
There are 4.7 billion searchable sites make up 10% of the web, the other 90% is dedicated to the "Dark web". Within that environment there is a thriving economy where everything is for sale: Sex, Armies and Code for hire. Well-known companies buy and sell for governments and NGO’s (non-governmental organizations). They appear as a benign legal boutique companies and consultants, but their true purpose is to be the middlemen/cyber lynchpin for these illicit goods and services.​

ISABELLA NUNEZ owns a computer firm in Brooklyn with her lover JACOB COSTA. Accepting her infertility they have a blue nose pit bull called Justice as their “child” and live simple lives as techy nerds. Isabella’s idyllic life is shattered when several days after her lover’s ex-wife, SIMONE JOHNS, reported death, Simone sends Jacob an email to come save their child, he didn’t know they had.
Read and excerpt
Thursday 6:00 a.m,  at Sanctuary

“Digging graves in a golf course is not as easy as it looks’ thought John Kooma. He stood up as the cool  morning wind dried the sweat from his soaked work shirt. A pair of chipmunks stopped a foot away and then turned and ran away. He should be use to it by now. It wasn’t like this was the first body he’d put here.

Watching the chipmunks retreat he thought ‘Look at that even animals have enough sense not to be nosy.’  John reached into his back pocket and pulled out a bottle of spring water. After taking a large gulp from the bottle he wiped his mouth and looked at the grave in front of him.

“It sure was a shame she had to go. At least she won’t be alone. I’ve buried the other five in this same area so you all can talk to each other if you need to. I think being nosy is a sin, so you might not be making it to the Lord any time so but. you’ll have each other.”

John looked at the other new grass plugs in the area.  He was a tidy man.  He always cleaned up after himself. After picking up his shovel, he continued to even the ground. Then, just like so many before her, he put the grass plugs over them. When he was done he noticed he hadn’t brought the water cans, so he just emptied his bottle of water over her plot. It wasn’t enough water but he knew he’d be back, there were always nosy people.

And I thought
Looking like a great start to a new series.  Sanctuary of Lies
is full of suspense, and action.

A fast paced ride that will keep you turning the pages to the end.
Although it is fast past I found it to be a bit of a slow read for me because it took a bit of real concentrating to keep up with what was going on.

I enjoyed the chance to read Sanctuary of Lies and look forward to the remaining part of the series.

I received a complimentary copy from Goddess Fish Promotions
This review will appear on Amazon and Good Reads.

Posted by GranthamLynn at 10:13 AM