Enter the Giveaway Below 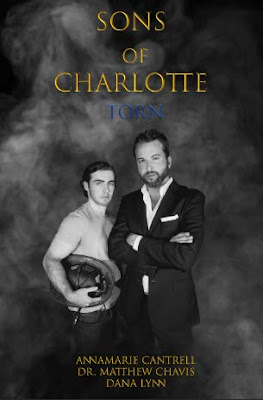 I have not read this book
About the book (provided by Goddess Fish Promotions)
How many secrets can the Queen City conceal? Charlotte, NC - 1966 After a head injury on the basketball court, Tony Malone, a firefighter, confides in his best friend and captain, Steve, about a strange dream he had while unconscious. It was as if he were living a different life. Steve brushes it off as related to his injury, but Tony begins to experience more phenomena with these new memories, unbeknownst to his wife, Lana. Tony struggles to live with his secret until a fire opens up a whole new world. Charlotte, NC - 1996 Chuck Thomas began his ascent to greatness at a graphic design firm headed by Elizabeth Wheaton, the battle-ax of the Queen City corporate scene. A series of Chuck’s immoral decisions leaves the very powerful Wheaton with a raging vendetta. The playboy eventually meets Valerie Meyers, a shy girl with a complicated past, and the two marry. Their idyllic life is halted by a suspicious brush with death leaving Valerie once again picking up the pieces. Two Souls, Too Many Questions Literally torn between two worlds, Valerie must once again deal with the loss of her husband and come to terms with what happened to Chuck Thomas and who Tony Malone really was.

Read an excerpt
Brushing just a few final strokes of gold wisps across the cheekbones of her heart-shaped face, Tony sat back on his stool and stared at his work.  Her periwinkle eyes almost hauntingly seemed to pop off the canvas and pierce through him. A sense of panic rushed through his veins.  He dropped the paintbrush in the old coffee can at his feet and stood up looking at the face staring back at him.
I must be going insane, he thought to himself. He grabbed the canvas off the easel and made his way into the kitchen. After rummaging under the kitchen sink, he found a large black trash bag and dumped the painting into the bag.  Throwing it over his shoulder, he made his way down to the apartment incinerator.  Sweat was creeping up his neck as he realized Lana would be back from the store soon. He threw his masterpiece into the incinerator and hobbled back upstairs.
The effects of the stroke left Tony restless and bored, especially when the boys were in school. Lana had encouraged him to find a hobby to occupy his time and keep him out of her hair.  After several failed attempts at common “manly” hobbies, he was drawn to painting and sketching and surprised his family with his talent, even selling a few at a local corner shop. He surprised himself with what he had just painted and pitched down the incinerator.
Enter the giveaway below