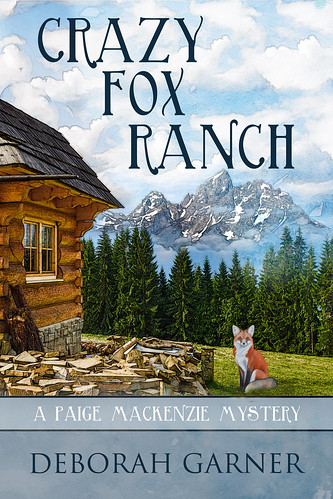 About the book
When NY reporter Paige MacKenzie leaves Manhattan for Jackson Hole, she has only two things on her mind: enjoy life with Wyoming's breathtaking Grand Tetons as the backdrop, and spend more time with handsome cowboy Jake Norris as he prepares to open his guest ranch.
As Paige begins to settle in, a stranger's odd behavior leads her to research western filming in the area - in particular, the movie, Shane. Will digging into Hollywood's movie connection with Jackson Hole simply lead to a freelance article for the Manhattan Post, or will it lead to a dangerous hidden secret?
And I thought
I loved this quick paced mystery.  I enjoyed meeting Paige as she begins a new life as a freelance writer in Wyoming.  The story
picks up just as Paige is arriving into town.
I did not realize that Crazy Fox Ranch was part of a series.
It was great as a stand alone.  I do want to read the previous books to catch up on how Paige and Jake met.
His reactions to her penchant for digging into things and investigating led me to think it was part of a series and he/they had been introduced before.
I liked Jake he was patient and sweet but he didn't seem to believe
Paige when she started finding clues.   And he actually didn't pick up on the fact that someone was snooping around his ranch and digging holes looking for something.

Paige was relentless and finally discovered what was really going on.  Who was digging and why and what the movies that were filmed in the area had to do with it.

As Paige begins unraveling clues she stumbles onto the bad guys
and gets herself 'snatched'.  In the end Jake arrives with the Sheriff to 'save the day' and Paige.

There was just the right mix of characters.  Not too many to make it confusing.

I am looking forward to reading more in the series and I plan to go back and read the previous books.

Crazy Fox Ranch was a 5 star Cozy Mystery.
Mama and Grandma would really like it too.  It is clean no
bedroom scenes, no violence and no language. 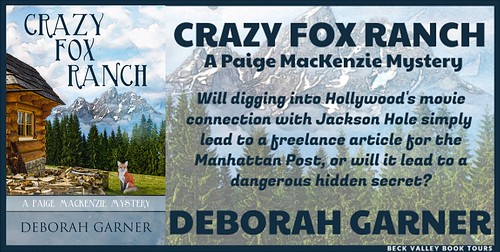 To read more reviews click here.
Posted by GranthamLynn at 12:00 AM