On The Fault by Ronald J. Wichers-I Read Book Tour 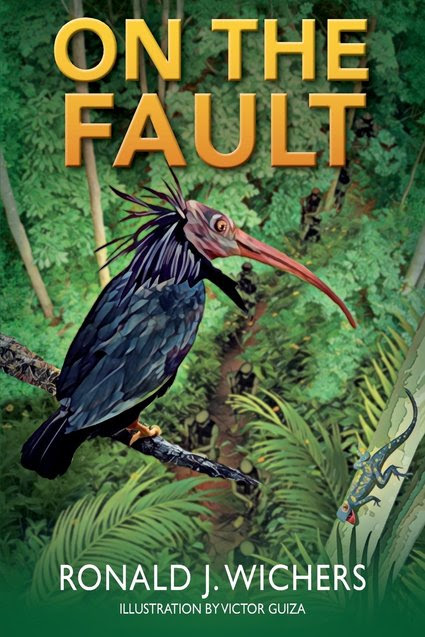 About the book
“The heart of the planet is broken and the world is bleeding. We come out of the broken-hearted earth and try to mend it.”True grit mixes with true wit in this tragic, yet strangely triumphant tale of how much one man can lose. Following the Vietnam War, life proves bittersweet as Joe Hearns learns that sometimes finding happiness means changing the definition.For Joe Hearns the horrors of combat give way to those of daily life upon return to the States; a life burdened by an odd curse that seems to hover over the heads of anyone who fought in that otherwise magical land. He discovers that courage takes on a whole new meaning when coping with a world moving at a different pace – the pace of friendship and love. But, in the end, this proves the way out from under the curse of the war no one wanted.​When it comes to this soldier’s story the word fearless comes to mind. 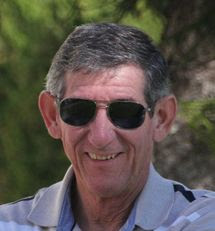 When you’re not writing what might we find you doing?  Spending time with my wife Christine. She is a very talented artist and our lives, our separate endeavors dovetail perfectly. Also I read a lot, maintain the landscaping that surrounds our house, enjoy watching plays and films. I have learned a lot from dramatics, especially how to and how not to write dialogue. I think it would be fun to try and write a play. A lot of my fiction is nearly solid dialogue.
Do you have any pets? We have two cats. They are kept indoors as there are a lot of predators here -  hawks, coyotes, rattlers, etc.
If you could go anywhere in the world to write where would you go? I have lived in lots of different places and the only thing I require is calm and silence. However, I do fanaticize about living in an old villa in Tuscany or Umbria.
As I sit and write interview questions and reviews I am usually sipping a Dr. Pepper. Do you have a certain drink you’re sipping while you’re working?

I drink dark roast coffee while I write – black, no sugar.
How many books have you written? Do you have a favorite? I have written seven books – six novels and one volume of collected short stories with novel extracts. I have a special fondness for the three volumes that comprise the trilogy titled, Love Beneath the Mighty Dome; I think because of the fairness it took on, regarding the Catholic Clergy. I started it in anger but in the course of writing over ten years, it became a writing project, not a gotcha project. When the clergy are bad they are very bad, but when they’re good they’re very, very good. Also I am pleased with the way On The Fault has turned out, (a novel about Vietnam-era troops, from the battlefield to their return home). It was a lot of fun to write as it has a tempo and rawness I learned from the songs of Frank Zappa.

Have you toured any of your previous books? If so what is your favorite part of the tour?

I have toured Love Beneath the Mighty Dome.
I have always been fascinated listening to the different angles and interpretations readers place on my stories. When I first saw that I thought, Hey, wait a minute. That ain’t what I meant. But then it dawned on me, when someone reads your fictional work, you’ve run it through a different intellectual filter. Does that make sense? I knew I was on to something as a craftsman – like them or not, my stories are well enough written so as to seem alive however they are interpreted. As writers we paint moving pictures (flickers) on the human mind.
Let's talk about On the Fault and the genre where it is categorized. Can you tell us what a Fictionalized biography is?  By fictionalized biography I only meant that On The Fault is an “episodic novel” – a string of anecdotes taken from my life and those of others I knew during the period of our nation’s bloody involvement in Viet Nam. But those real people are only a starting point to get it going. The fictional characters quickly begin to diverge sharply from the flesh and blood models, in terms of their own personal stories, their own personal “plots”. The same is true for the episodes and anecdotes – I have strung the small memories of mine together like lights on a wire or like a lot of garments pinned to a clothes line, in order to render a specific time in our nation’s history so as to reveal the various “colors” or meanings of that tangled web we refer to as the Vietnam War. On The Fault is not my own personal, over all story, per-se. It is a way to try and re-create the overall plot and meaning of the Vietnam War – an episode in this nation’s history that sent us spinning off in a direction the Founders would be horrified and saddened to witness. OTF is an effort to shed my lights upon this war to reveal the absurdity of it. The cruelty of it, the madness. Joe Hearns unwittingly honors the life and death of the man, the veteran, who, while in uniform, murdered his wife, Claudia. That is what I feel about the Vietnam War. It was wrong and nothing can make it otherwise. A lot of vets can’t handle the thought that we murdered something of our selves there; and when they insist that it was all something heroic, I say, stop and think again. Vietnam vets are stuck with the dilemma that, while their own personal behavior there might have been worthy of praise, the Vietnam War itself was unjust – a un-necessary thing built of lies and resulted in the needless slaughter of millions of Vietnamese people on their own soil.
What do you want people to gain from reading your book? My hope is that readers would take away how it feels to be injected into an illegal war, a war triggered by lies fabricated by our own government; an unpopular war, a meat-grinder of a war and what that can do to the human heart once you kill someone in such a situation, especially if you knew from the start of your tour of duty that it was wrong, unjust. The Vietnamese are a brave and sweet people, most of whom, at this time – the 1950s to the 1970s – were simple bean farmers and rice farmers who found themselves trapped and forced to choose between invading forces – first the French then the Americans – and their own local patriots – the Viet Minh, later the Viet Cong and the North Vietnamese regulars. Who would you side with – the invaders or your own neighbors?
Do you have a favorite scene from the book? There are two – Joe Hearns, in the dark of night, embedded in the starless, moonless depths of a jungle, praying for forgiveness from his recently deceased friend, Hagardy. The second scene is set at Letterman Army Medical Center when Hearns bites his orthopedic surgeon on the shoulder.

What is/was one of the most surprising things you learned while writing On the Fault? I’ve never thought of such a question. Perhaps the horror of killing without a just cause and how that can send the mind spinning off the “rails” even when you’re not fully aware that it is there inside of you.
I like a good long book. I see that On the Fault is over 400 pages.
Can you describe its style? Is it fast paced? Or a sink your teeth in and enjoy the story?

I have been told that it is a book the reader can’t put down. It is not designed to read like news copy. I purposely created it with rich sentence structure to slow a reader down so as to make the described events imminent, tactile, tangible, touchable.
Do you plan for On the Fault to be part of a series? No. I think it accomplishes the originally intended purpose I stated in your earlier question

Visit the tour
To read guest posts, more interviews, watch a trailer or
enter the Giveaway click here.
Posted by GranthamLynn at 12:00 AM