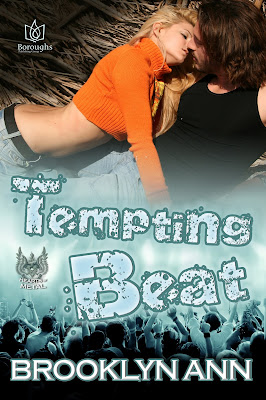 Bleeding Vengeance’s drummer, Roderick Powell knows he’s a sod for feeling glum, especially after moving into a beautiful new home in a smart Denver suburb. But all his mates are partnered or married, and dreadfully happy. It’s enough to make a rockstar rethink his options. And even though his sexy neighbor has given him the brush-off, he’s decided to have another go – at this point he has nothing left to lose, apart from his heart.

Gwen Mason’s romantic past has been bumpier than most – twice divorced by thirty, she’s had enough of broken promises. An ER nurse who keeps a brutal schedule, she’s happy to become known as the neighborhood crazy cat lady. But…the most delicious man has moved next door. He’s British, he’s famous, he’s a rockstar. And, hard as she tries, Gwen can't keep Rod Powell from breaking all her rules, and suddenly she sees a future she never believed possible.

And I am thinking
I got into this tour at the last minute and I am still turning the pages.
So far I am loving this romance.
Updated...turned the last page.
Tempting Beat is filled with some great characters especially
Rod and Gwen.  I am fascinated with Rod.  His character is from English nobility.  But he put all that aside and came to the U.S. to be a drummer for a heavy metal bad.
The locale is Denver, Colorado.  The bad members have chosen Denver as a place to set down roots.  A place that is convenient and legal for some of the leisure things the like to do.
Rod is interesting because he likes to restore old cars.  He gets into a conflict with the cities council when they try to get him to get rid of his cars.
Gwen is just a sweet character that has been through a lot of heart break.
As I turn the pages I am rooting for them to get together in the end.
That makes a good great romance!
I enjoyed the Rod-Gwen romance.  I enjoyed Rod's band mates
and their characters.

Gwen struggles with 'really' believing that Rod is really into her because she is stuck on the age difference (she is older).

Rod has some struggles with neighbor council and then ends up
in jail for a night when ICE shows up and his 'mates' wedding.

The author gives us a sweet romance and ties up the relationship
conflicts.

What I didn't particularly care for was how the author tied-up the
conflict that Rod was having with some of the neighbors.  The
story went from Romance to just a weird ending when two of the neighbors are unexpectedly killed in a really strange way.  It just didn't make sense to me and kind of took away from everything that I liked about the storyline.

I did really enjoy this book and would be interested to read more in the series.   Tempting Beat is book 6 in the Hearts of Metal series.
It is written as a stand alone and was very easy to get into.  No need to read the series in order but I think the characters are so interesting I would like to read more.

Cautions for the reader there are some bedrooms scenes.  There are some scenes where the characters are doing drugs.

a Rafflecopter giveaway
Posted by GranthamLynn at 12:00 PM