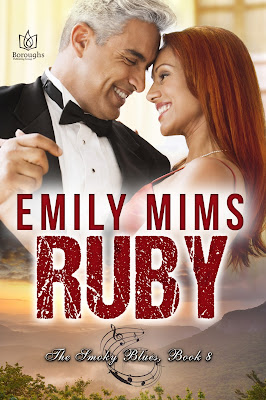 About the book
Forty years ago Lexi Barstow and Collins Wentworth thought they had made the biggest mistakes of their lives. Heartbreaking choices and bitter tears cemented a pact that would shape who they were and what they would be. But now so much has changed...except the passion they share and the differences between them. But some things are fixable, and with forever staring them hard in the face, they learn all their decisions brought them to this place...an ever after filled with love.

She pushed open the restroom door to leave and stopped in her tracks. Collins was leaning against the wall with his hands folded in front of him, a small smile playing around his lips. Lexi felt her pulse ratchet up a notch and her breath catch. But she’d be damned if she let him see that. “Fancy meeting you again this afternoon,” she teased. “Did you and Sarabeth finish working the room?”
Collins laughed softly. “Was it that obvious? I thought I was being friendly to my daughter’s friends and family.”
“You were that, sure.” Lexi felt a smile curve her lips. “But yes, you were working the room, exactly as you did at Kylie’s wedding. You’re good at it, Collins. But you need to find a friendlier sidekick. Sarabeth is a little too…shall we say, selectively friendly.”
Collins had the grace to wince. “Out of the mouth of babes and Lexi Barstow. You couldn’t varnish the truth if you had to.”
“No, I couldn’t. Never did, never will. Sorry about that.”
“Honesty isn’t a bad thing.” He paused and appeared to be taking a deep breath. “Go out with me tonight, Lexi,” he asked suddenly. His smile widened. “I’d like to take you out on the town.”
Lexi stared at him in shock. That was the last thing she expected to hear from him. “Just like that?”
“Just like that.”
She didn’t try to hide her surprise. “Why?”
“Why does any man want to take out a beautiful woman?” He stepped closer and took her hand. “Because he wants to be in her company, that’s why. Because he’d like to sit across the table from her and enjoy some good conversation and a medium-rare steak.” He looked her in the eye. “I’ve been alone now for four years and divorced for two of them. I’ve spent a lot of time by myself and it gets damned lonely. Let’s go out tonight, Lexi. I’d love to spend an evening with you.”


Lexi’s heart thudded in her throat at his touch. She felt herself shiver as memories flooded her mind of how his hands had caressed her those long years ago. Common sense told her that going out with him would be a bad idea. Common sense reminded her that Collins Wentworth was nothing but trouble. It seemed that her body felt otherwise.
Buy the book
Amazon


The author of over thirty romance novels, Emily Mims combined her writing career with a career in public education until leaving the classroom to write full time. The mother of two sons, she and her husband split their time between central Texas, eastern Tennessee, and Georgia visiting their kids and grandchildren. For relaxation Emily plays the piano, organ, dulcimer, and ukulele for two different performing groups, and even sings a little. She says, “I love to write romances because I believe in them. Romance happened to me and it can happen to any woman—if she’ll just let it.”

a Rafflecopter giveaway
Posted by GranthamLynn at 6:32 AM