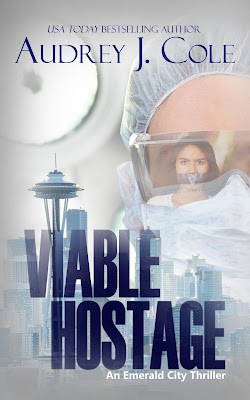 About the book
Malorie’s best friend is missing, but no one seems concerned about the wayward medical student's mysterious disappearance—until another student's partial remains wash ashore a Seattle beach... When Malorie witnesses her best friend and roommate leave a campus bar with a mystery date driving a silver Mercedes, she suspects foul play, especially when Lani fails to return home the next day. Both women, med students in their final year at Elliott Bay University, have a lot riding on the line, but due to Lani’s wild past, no one in her family is worried. When Malorie’s fears for her roommate deepen, she turns to her Uncle Wade, a Sergeant at Seattle Homicide. Within 48 hours after Lani goes missing, the partial remains of a brutally murdered young woman wash up on Alki Beach, and a human hand is found in a crab pot off Bainbridge Island. When one of the bodies is identified as a pregnant, fourth-year medical student, Wade believes there’s a connection with Lani’s disappearance. And, that they might be looking for a serial killer. Malorie suspects Lani’s kidnapper is someone they know, possibly even one of their professors at the university, a prominent Seattle anesthesiologist whose wife is the president of EBU. But when Detective Blake Stephenson discovers evidence that links another suspect to the professor’s Mercedes, he and Wade must act fast to attempt a wild rescue in the middle of Puget Sound.

And I thought
Not what I expected.  Normally I expect some suspense and some romance.  And hope it's just a little romance and not too many bedroom scenes with the door open.  You can really never tell.
But, we get with Viable Hostage just a good 'ole suspense that will keep you guessing.
I kept thinking that the main character Malorie would end up in bed with someone but.  Nope.  She is dedicated to school and finding her bestie.
I kept thinking that 'bad things' things would end up happening to her Uncle and his expectant wife.
I kept expecting Lani to be found in the end and the mystery solved.
I was on a twisty 'turney' ride along the way as I turned the pages.

I will give nothing away here.
Except Viable Hostage is a page turned.
I hope to see more of Malorie and her uncle.

I had no clue that Viable Hostage is book 4 in the Emerald City
Series. To this reader this speaks volumes.  Audrey J. Cole gives the reader a story that doesn't leaving you asking questions about what is going on.  I was swept into Viable Hostage and left
expecting more.

Viable Hostage is a great read and makes my suggestions for Christmas list.

My review will appear on retail sites and Good Reads.
Viable Hostage will be promoted on social media.

Buy the book
Amazon
Books  in the series

To read reviews visit the tour . . .
November 7: Brianne's Book ReviewsNovember 14: Face Painting for World PeaceNovember 14: Iron Canuck Reviews and MoreNovember 21: My Reading JourneysDecember 5: Lost in a Book After a Day of Social WorkDecember 5: Fabulous and Brunette
Posted by GranthamLynn at 12:00 AM