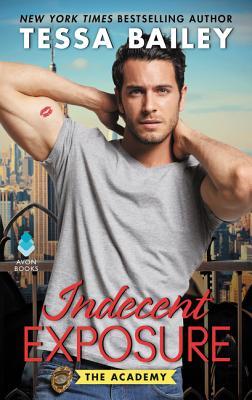 About the book
Is there a problem, Officer?
Jack Garrett isn’t a police officer yet, but there’s already an emergency. His new firearms instructor—the one who just dropped every jaw in the academy gym—is the same sexy Irish stranger Jack locked lips with last night. The Olympic gold medalist and expert markswoman is now officially off-limits, but Jack’s never cared much for rules …
Katie McCoy’s been cooped up in a shooting range for too long. A wild love affair is just what she needs to let loose, though she never imagined it would be with her smokin’ hot trainee. She cannot get involved with Jack—but a quick fling? Perfect. Falling hard for a charismatic recruit with an equal amount of sex appeal and secrets? Bloody stupid.


Jack’s charmed the pants off plenty of women (literally), yet few have ever looked beyond his perfect surface. Until Katie. He’ll do anything to keep her in his life … except tell her about his past. But a tiny lie of omission never hurt anyone, right?
And I thought
From page one I was not really sure how I would like this one
(Don't stop here.  Read on.  I loved it! 5 Stars)
Basically because initially I just didn't like Jack.
I guess I didn't have the same attractions for him as Katie did.

But in all fairness I knew a little more about him than she did initially.

In the beginning a little of Jack's current personality is revealed.
A womanizer.  A jerk.  Just getting by.  A drunk.  And probably more than I can't find words to describe.

But, very quickly Jack grows on you.  Even though he is still only
going to the Academy just so he can have a job, underneath it all he is a really good guy.

In enters Katie from Ireland.

The two meet and  immediately they are attracted to each other.  Strangers collide and a spark is ignited.

The two plan to meet again the following night.  And then drama comes into play when Katie just happens to be the visiting
arms trainer at the academy. Which means technically Jack is  her student.

Which throws Katie 'the professional' off.  But it's not long before
Jack with his experience 'womanizing' manages to persuade Katie to spend the few days she has in NYC with him as 'His girl'.

Indecent Exposure turned out to be a sweet romance.

There are a few other characters that a apart of the story.  Jack's best friend Danika and room mate (who Katie is afraid is one of Jack's girls) and another room mate Charlie.

I look forward to reading the next installment featuring Danika.
And I am going to go back and read book 1.

This series is a keeper!  And well Jack's a keeper too!

Posted by MyReadingJourneys at 4:17 PM