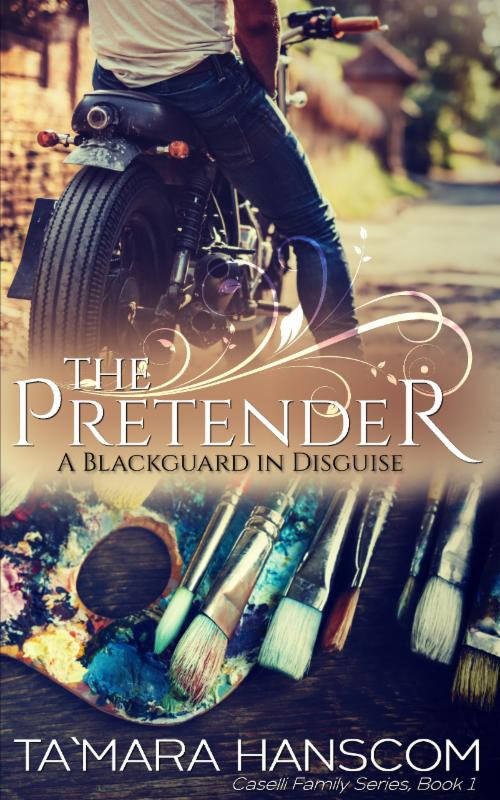 About the book
The Pretender: A Blackguard in Disguise (Reata Publishing, September 2017)
Set in South Dakota in 1975, where eighteen-year-olds could order 3.2 beer in a bar, and loaded guns were kept under the counter.
Frankie Valli sang “My Eyes Adored You,” and American soldiers returning from Vietnam struggled with their new reality.
It’s within this tumultuous season of American history that Tillie Caselli meets Noah Hansen, and they are never the same again. Their lives were mysteriously intertwined—and had been for many years—yet they had no idea.
​
From the moment they met, Tillie and Noah wanted to spend the rest of their lives together, but a deliberate omission will keep them apart—and that same omission will be responsible for the escape of a murderer, and a bride’s deception.
And I thought
I knew this was a christian romance.  But my first thought as I opened it to the preface I was impressed.  It was refreshing to see the book starting with I Corinthians 1:4-5.  Love is patient . . .
a beautiful way to begin a beautiful story.

The Pretender is book 1 of the series.  This installment gives the reader a heartwarming beginning to the and promises a great series.

Gear up and expect a long read.  The Pretender had a saga type
quality.  Not a bad thing.  But this is not a story than you can sit down and read in a setting or a few hours.

I enjoyed book 1 and look forward to reading the remainder of the series.

I received a complimentary copy.
This review will appear on Amazon and Good Reads.