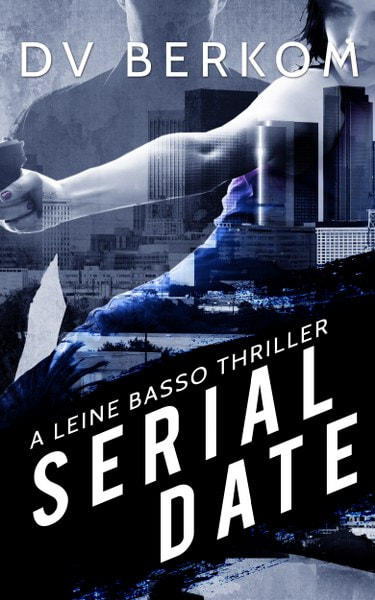 About the book
A former assassin is drawn into the twisted game of a serial killer who may be a grisly remnant from her past.What happens when a reality show turns deadly?

Determined to leave her old life behind, retired assassin Leine Basso accepts a job working security at one of television's most popular reality shows, Serial Date. When a contestant is found dead in the prop closet, it appears the killer is one of the 'bachelors' on the show- an ex-con billed as a serial killer- but the detective in charge of the case isn't so sure.

When Leine's estranged daughter is abducted by a man claiming to be the real killer, she's forced to rely on old skills to find her. She soon realizes the murderer may be a grisly remnant from her past and she'll need to use all of her cunning to stop him...

...and rescue her daughter.

And I thought
Serial Date is book 2 in this fast paced mystery thriller that will keep you turning the pages to the end.

At this writing I have read book 1, and 3 and honestly I have to say that this one was a little difficult read for me.

But I enjoyed book 1 and I enjoyed the characters and so I keep reading past the f-bombs and the creepiness.  But what should I have expected the plot centers around a serial killer that know his business. There are mutilated bodies turning up almost at every turn.

Liene Basso thinks it's a failure routine assignment when she is asked by an old friend to just keep an eye on things at a reality t.v. show set.  But when the actresses keep showing up dead things get risky.  Then her daughter is kidnapped making it personal.

There are a few adult scenes that also include some adult language.  This is not a book for a young adult.

My MaMa and Jazzy Grandma would not touch this one.

Giving it a chance and getting to the end I was glad I did.

The Leine Basso Thriller series is a great read.  I have already read book 3 and it is the best so far.  So it is easy for me to
say

They keep getting better.

And others are saying
"If you like fast-paced action, great lead characters, and don't mind a few F-bombs and the occasional gore, DV Berkom is the author for you." ~ BloodWrites

"Serial Date has everything a mystery/thriller needs to be successful, fast-paced and action packed, strong and memorable characters and a story that will grab you from beginning to end..." ~ Confessions of a Reader

"Why should you read it? In a nutshell it's a fast-paced, non-linear story with some creepy elements mashed together with a splash of romance and dark humour. What's not to like?" ~Indie eBooks

Posted by GranthamLynn at 1:54 PM