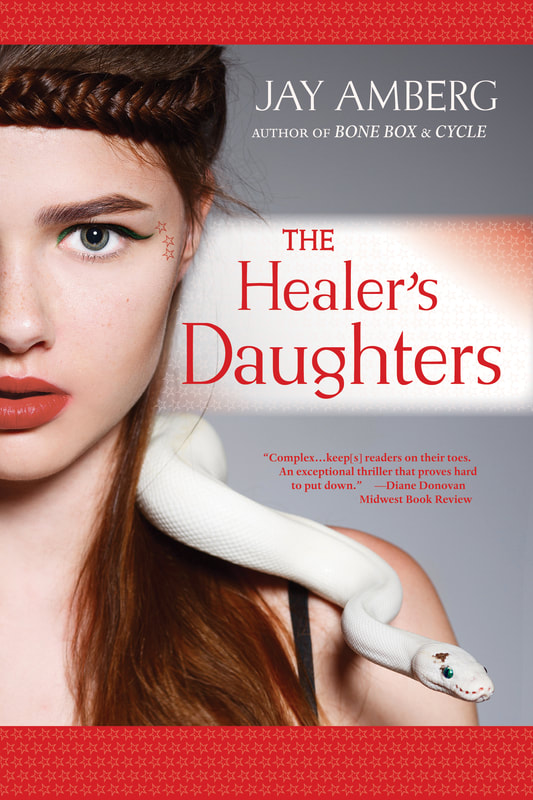 About the book
A terrorist bombing in Bergama, Turkey kills twenty-three people including three children. Modern Bergama is built on the site of ancient Pergamon, a city whose art and wealth and culture rivaled Athens. It was also the home of the Aesklepion, the world’s greatest healing center, and the birthplace of Galen, the Roman Empire’s most famous doctor.
Tuğçe Iskan, a Turkish Ministry investigator, finds evidence that links the terrorism to a powerful criminal family and to Galen’s life and Pergamon’s lost treasures. But Iskan is alone, an outcast in the Ministry because she is honest, diligent, and a woman.
As Iskan delves more deeply into the heinous attack, she needs allies outside the Ministry. She must turn to Özlem Boroğlu, a local archeologist, and Boroğlu’s daughter Elif, an artist with an affinity for ancient Aegean goddesses. Can these three women defeat ISIL terrorists, criminal oligarchs, and corrupt officials? Can they even survive?

And others are saying
"Amberg...shines at creating distinctive characters. Elif and others, for example, conduct a ritual to remember lost lives, which is a striking contrast to others who use the "Bergama Bombing" to boost their political careers. Moreover, Amberg deftly shows how viewing unfamiliar cultures as exotic can be insensitive; Özlem confronts a crass British photographer who thinks nothing of snapping pictures of praying mourners... A large, memorable cast augments this dramatic mystery/thriller." --Kirkus Reviews
"Keep[s] readers on their toes. With its powerful blend of Turkish cultural explorations, international intrigue, a treasure hunt, historical references, and characters who hold their own special interests close to their hearts, The Healer's Daughters is an exceptional thriller that proves hard to put down." --Diane Donovan, Midwest Book Review
"All the elements [of] a compelling thriller--international terrorism; a greedy, powerful and ruthless criminal family; a group of inept, corrupt and "bought" government officials; a secret, elite, and clean anti-terror department of the said, corrupt government; and a principled, high-minded academic who will stop at nothing to ensure her country's past and valuable heritage is preserved for the ages." --Grant Leishman, Readers' Favorite
"Drama, pressure, and tensions mount in a plot with great descriptive writing and scene setting.... A glimpse into different cultures, beliefs, and economies [and an] adventure filled with fear, danger, and discovery." --K.J. Simmill, Readers' Favorite
​
And I thought
A thrilling ride that is hard to put down. The Healer's Daughters
is filled with lots a lover of books can enjoy.  There is suspense and danger,drama and much more.  It is interesting because of it's setting and just might give the reader a glimpse into a culture that is somewhat foreign.

The main characters and their heart and strength pull you into the story and keep you interested through the twists and turns and the
suspense.

If you enjoy a good thriller.  Check this one out.

A: I am a serious fan of dark chocolate. My current addiction is TCHO 70% Cacao (“with rich chocolatey notes”).

Q: Where do you write?

A: Over the years, I have gradually become able to write almost any place. I do, though, have a favorite place—Guanajuato, Mexico. Almost every year, I run away from my home in Chicago to GTO because I am able there to turn off all the clocks and to eat a lot of sunlight, neither of which I can do regularly in the American Midwest. I can write within each day.

Q: Do you write every day?

A: When I’m in writing mode, I need to write every day. If I let the work go for even one day, I run the risk of losing the story’s momentum. I used to have to write early in the morning before the normal diurnal chaos of my life intruded, but I have gradually become able to write at other times. I’m still, though, impelled to work every day.

Q: How long have you been writing?

A: I’ve been writing as long as I can remember. When I was in graduate school, I wrote a piece for The English Journal about the history of my writing from first grade through the beginning of college. The early doggerel was especially painful to revisit, but the piece did provide evidence that I was always writing.

Q: Do you experience writer’s block?

A: I’ve never experienced writer’s block for an extended period, but I have intermittently gotten stuck. I find that a long walk, a ramble, works wonders. My unconscious (and, for that matter, my conscious mind) works better on the problem if I’m outside wandering around.

Q: What advice do you have for young writers?

A: Two thoughts: 1. Write. A writer writes. That’s what a writer does. Write every day. Sit down to the task even when it’s not going well. 2. Read. Read voraciously! Not just the classics. Not trash, but everything else. You really will learn as if by osmosis.