Welcome to Maple Bay, a small Midwestern town with heaps of heart—where family dinner is a must, and someone will always leave the light on for you. A new series perfect for fans of Debbie Macomber, Jenny Hale, and Susan Mallery. 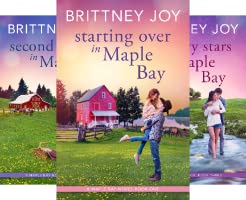 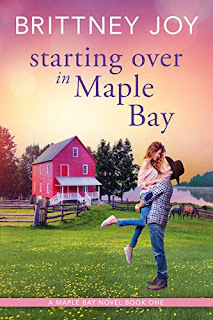 An inheritance from a mother she never knew. But can this fixer-upper mend her heart?

Hazel didn’t think there was anything a homemade apple pie couldn’t fix—until her husband divorced her and left her broke. Trying her best to raise her ten-year old daughter and make ends meet, Hazel is desperate for a fresh start. When she inherits a fixer-upper in the small town of Maple Bay, Hazel and her daughter head to the country for the reading of her biological mother’s will. But a clause in the will says Hazel and her sister—the sister she didn’t know existed—must live together on the rural property for one summer, or forfeit their inheritance.

If Hazel can tough it out in the country for a few months, she stands to gain a historic carriage house. It needs renovation, but Hazel thinks she can fix it up, sell it as a bed-and-breakfast, and use the profits to begin her life anew, back in the city. She isn’t planning to stay in Maple Bay, or to fall in love with her sister’s best friend, Jesse—a single dad and handsome cowboy who is recovering from heartbreak of his own.

Hazel and Jesse are from two different worlds, but this horse-whisperer just might know how to speak to Hazel’s broken heart . . . until Hazel discovers a box of letters and a secret from her past that changes everything.

Starting Over in Maple Bay is a sweet, feel-good small-town romance, and the first book in a new series by award-winning author Brittney Joy. This tale of second chances and newfound family will warm the hearts of readers—like tater tot hotdish or sweet apple pie. Curl up with your favorite blanket and visit Maple Bay today!

Books in the Maple Bay Series (each book can be read as a standalone, and all Maple Bay stories are linked so you can enjoy time with all of your favorite characters):

Starting Over in Maple Bay

Running from the past is easier than facing it…
Kat swore off horses after a riding accident took her sister. Five years later she still blames herself and deals with the guilt by getting lost in city lights, a corporate job, and a sham of an engagement. But when she returns home for her brother Jesse’s wedding, the past comes creeping back. She’s not sure she can face the memories, especially because many of them she shared with her brother’s best friend, Creed—a man Kat’s been in love with since high school and who was with her that fateful night.
Creed lives for one thing—rodeo—and he learned long ago that family is more than blood. Creed’s best friend’s parents took him under their wing when he was a teenager, treating him like a son. Which is why Kat, his best friend’s little sister, has always been off-limits. But when Kat comes home to Maple Bay, a ring on her hand and sadness in her heart, Creed is pulled to her once again. But is she worth the risk of losing the only family he’s got?
A feel-good story of second chances and how love, family, and forgiveness can heal all hearts.
♥♥♥
★Bonus: Includes a Recipe for Joyce’s Mulled Apple Cider.
Books in the Maple Bay Series (each book can be read as a standalone)

Skyler Ridge, the famous country music star, is a fake. At least that’s what the tabloids say—that he doesn’t have a country bone in his body. Running from a scandal and the relentless paparazzi, Skyler lands in the small town of Maple Bay where he buys a failing coffee shop. He wants peace, quiet, and the chance to reinvent himself. Instead, he gets a cowgirl-barista with a surly attitude. But even though Myra drives him crazy, he can’t deny the fire she lights in him—a spark he hasn’t felt in years.

Single-mother Myra is edging on forty and has no room for a man in her life. She barely has room to breathe. But when she can’t save her coffee shop from foreclosure, the most irritatingly handsome man forces himself into her life. And she wants him out. Now. So when Skyler’s agent presents Myra with a deal to gain her coffee shop back, she jumps at the chance.

The catch? Myra must turn Skyler into a real cowboy and save his country music career—before his label drops him.

But there’s a reason Skyler ended up in Maple Bay. A secret he needs to unravel. And he’s not leaving until he finds the truth. Whether Myra likes it or not.

A sweet enemies-to-lovers romance full of hope, redemption, and how following your heart will always lead you home. 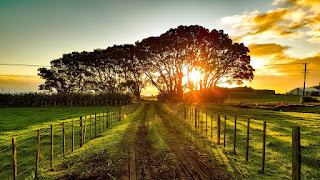 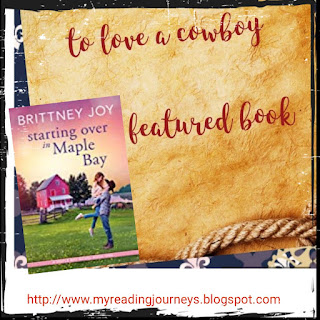 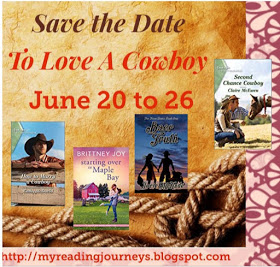 Email ThisBlogThis!Share to TwitterShare to FacebookShare to Pinterest
Labels: To Love A Cowboy